Engineering subject jumps to 19th in the world

The University of Canterbury (UC) has jumped to 19th in the world in Civil and Natural Resources Engineering in the latest QS world university rankings by subject. 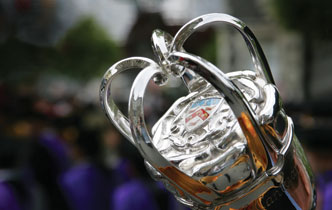 The University of Canterbury (UC) has jumped to 19th in the world in Civil and Natural Resources Engineering in the latest QS world university rankings by subject.

UC Pro-Vice-Chancellor (Engineering) Professor Jan Evans-Freeman says the top 20 ranking in the world is the highest ranking UC has ever reached, putting it ahead of institutions such as Stanford University, Oxford University, Cornell University and University College of London.

"This is fantastic for us and will really help attract and retain more students to UC. Our Civil and Natural Resources Engineering department has a long tradition of research into innovative solutions for many hazards facing society today, driven in part by the particular needs of living in New Zealand. The department is especially well regarded internationally for its research into seismic engineering.

"Their work has resulted in a step-change in the use of timber as a structural material, allowing direct competition with concrete and steel for many multi-storey buildings. New buildings of up to 10 storeys are being built in Europe, North America and Australia, with proposals for a 30-storey timber building on the drawing board in Canada,’’ Professor Evans-Freeman says.

UC features among the world's elite (top 200) universities in 16 subjects in this year's QS world university rankings by subject.

Out of 3000 universities, UC is rated in the top 100 in History, Civil and Natural Resources Engineering, Geography, Law and Education.

UC is currently ranked among the top three percent of universities in the world and is the only New Zealand university with a five star QS rating.