One of the biggest documentary television channels in the world, Discovery, will be filming a University of Canterbury giant catapult volcanic research project later today. 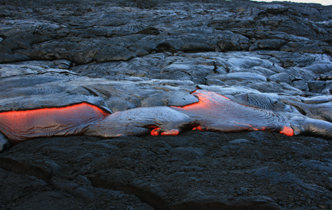 One of the biggest documentary television channels in the world, Discovery, will be filming a University of Canterbury giant catapult volcanic research project later today.

A Discovery film crew from Canada will shoot a giant university catapult which demonstrates how drag varies as spinning rock and magma fly through the air from a volcano.

The Canterbury research group plans to test the hypothesis that flying volcanic rocks can be avoided if people face rather than run from an eruption.

Dr Kennedy says the catapult should help understanding of the impacts of volcanic hazards allowing risk during a volcanic eruption to be better managed. View a video of the catapult in action here: http://youtu.be/TXyQ37-GGI4.

Dr Kennedy is working with Dr Tom Wilson and postgraduate student Rebecca Fitzgerald along with collaborators from the Department of Conservation and GNS Science to help improve hazard maps on New Zealand volcanoes.

"Rebecca’s work started when she mapped all the impact craters that were produced by flying rocks from the August 2012 Tongariro eruption,’’ Dr Kennedy says.

"It was quite scary to see the damage these flying rocks had done to sections of the Tongariro Crossing hiking trail and the holes ripped through the Ketatahi hut.

"Following Rebecca’s mapping we now have a much better idea of the hazard rocks represent to hikers on the trail. Her data indicates that on some sections of the trail the probability of casualty reached 16 percent during the 2012 eruption.

"However, the University of Canterbury can improve models that calculate probabilities of casualty by studying how rock and magma fly through the air and impact the ground.

"Our Department of Geological Sciences built a giant catapult and a pneumatic cannon to investigate exactly what happens when a volcanic rock flies through the air and smashes into the ground.

"The Discovery channel is filming some of the first test runs of these new contraptions that can fire out rocks up to 100 metres.

"The canon investigates how much shrapnel is produced when the rock impacts the different ground surfaces and what is the consequence on human injury or death. It will be used to investigate how different roofs will be affected by being hit with flying volcanic rocks at high speeds.’’

Later in the week the film crew will also follow the university’s rover robot which inspects damage to piles under earthquake-damaged buildings and houses and the university’s quadcopter which can safely inspect clifftop quake-shaken homes to help with earthquake recovery and damage assessment.

A Discovery channel spokesman says the university research stories will be aired on Canada’s Daily Planet programme sometime within the next month.