A remarkable year ahead for UC

UC is facing one of the most remarkable years in its 141-year history with major rebuilding works, growing student numbers and the transformation of its graduate profile. 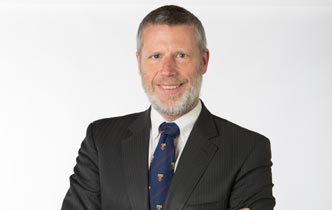 The University of Canterbury is facing one of the most remarkable years ahead in its 141 year history next year with major rebuilding works, growing student numbers and transforming its graduate profile.

Applications to enrol at the University for 2015 from international students are up 12 percent on this time last year and were 18 percent up in 2014 on the previous year.

In a commitment to develop globally aware graduates, the University is offering all full time new to University of Canterbury domestic undergraduates enrolling for 2015 a return economy class airfare to study at one of its international partner universities in their second or subsequent year, subject to satisfactory academic progress.

The University has confirmed funding from the Government and received full and final settlement of its insurance claims under the New Zealand Universities Collective Insurance policy. Next year will see a tale of two campuses – one of business as usual with more than 2000 staff and 14,000 students learning in an exciting environment and the other of rebuild and remediation with upwards of 1000 construction workers on site.

Vice-Chancellor Dr Rod Carr says 2015 promises to be a memorable year in the University’s history with the start of the $145 million Canterbury Engineering the Future project. This will create entirely new laboratories for chemical and process engineering and for structural engineering along with completely modernised labs for civil, mechanical and electrical engineering and a new social learning space for 1500 students in the professional years of their engineering degree.

In addition, the $55 million project to redevelop the former Commerce building as the home on the Ilam campus for the College of Education and the School of Health Sciences is now underway with a tower crane on its way.

Later in the year work will begin on the $212 million Rutherford Science and Innovation Centre (RSIC) to create 21st century teaching and research laboratories for physics, astronomy, chemistry, biology and geology. Building our connections to the recovering centre of the city by locating music and classics at the Arts Centre will be another marker in our journey.

"We have made great progress already with the full remediation of the Puaka-James Hight Library complex; Matariki as the centre for student services; the Erskine Building home to mathematics and computer science; the former Law School building as home for the College of Business and Law; and the History building now renamed after Karl Popper, the great 20th century philosopher as home for the College of Arts and space for postgraduate students. But so much more will be happening next year alongside a full year of teaching and learning.

"In further evidence of resilience and sustained quality, the university offered more than 2000 individual courses to its students this year, a number of courses up on last year and at pre-quake levels.

"This included new programmes of study leading to bachelors degrees in health science and in criminal justice, masters degrees in professional accounting, health sciences, speech and language pathology, applied economics and finance, music, engineering mathematics and in earthquake engineering as well as new courses in digital humanities and engineering geology.

"As 2014 draws to a close it is a time to reflect on the enormous efforts of our students and staff who have maintained their study, teaching and research through one of the more challenging periods in the history of the University and the city.

"As we close this chapter in the book of the history of UC we put behind us the period of uncertainty and stabilisation and planning for recovery and look forward to 2015 as a year of opportunity, activity and growth as our academic programmes transform our students and contractors transform our campus to create modern learning environments," Dr Carr says.