A global expert on world urban rail systems has made a plea for Christchurch's rebuild planners to include light rail for the future benefit of the city in recovery. 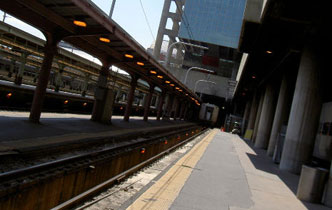 A global expert on world urban rail systems has made a plea for Christchurch’s rebuild planners to include light rail for the future benefit of the city in recovery.

Professor Peter Newman, who is on the Board of Infrastructure Australia, has given public lectures in the city about the benefits of light rail for Christchurch.

Professor Newman, who has been a guest lecturer at the University of Canterbury (UC), says light rail has significant benefits to a modern economy.

He has been to Christchurch 12 times and is pleading for the city to consider light rail as fundamental to the rebuilding of the city centre.

"Now, very suddenly in fact, the world is building urban rail faster than ever before. All major developed cities and emerging cities in China and India are building rail as fast as they can. All Australian cities had rail projects as their number one issue in the past few years.

"Why? Partly the price of fuel is impacting on outer suburban commuters, partly its congestion that has gone too far and partly it’s a change in culture with young mobile phone-using millennials (Generation Y) preferring public transport to driving.

"But mostly it’s because urban economies must have competitive centres and only rail enables this. Big roads disperse economic activity, bus services can't cope with the numbers needed, so urban rail is high on the agenda.

"Christchurch can have a very good bus service for the foreseeable future servicing its many popular malls, made even more so by the earthquakes. But it will never be able to truly rebuild its city centre without a fast modern light rail servicing it. The financial commitment to build in the city centre demands a light rail. It’s that simple.

"The costs of light rail in Christchurch and Wellington have been overstated in recent reports and there has been little attempt to develop new alternative funding mechanisms. Perth built its new rail line at $17 million per km whereas light rail is seen to be double this in Christchurch.

"Recent work in Australian cities is showing that a major part of the costs of light rail can be found from land value capture.’’

Professor Newman is an Erskine visitor to UC. The Erskine fellowship programme was established in 1963 following a generous bequest by former distinguished UC student John Erskine.