A University of Canterbury (UC) postgraduate student has been researching the anti-tumour effects of resveratrol and pterostilbene on ovarian cancer cells. 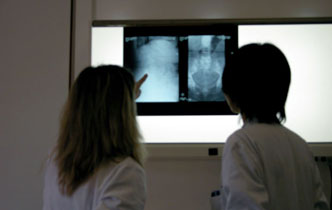 A University of Canterbury (UC) postgraduate student has been researching the anti-tumour effects of resveratrol and pterostilbene, which are found naturally in grapes and berries, on ovarian cancer cells.

"Women usually present with symptoms at the advanced stage, making prognosis poor, as the primary tumours have already spread to other sites.

"Ovarian cancer is often misdiagnosed and, as a result, is only detected at the advanced stage when the primary tumour has already spread to other organs.

"The majority of treatments rely on treating the symptoms, which are usually undetectable until the late stage and in general patients will eventually relapse.

"More effective chemotherapeutic agents are in high demand to improve patient survival outcome. In collaboration with the Christchurch School of Medicine, under the supervision of Dr Kenny Chitcholtan and UC’s Dr Ashley Garrill, I have been investigating the anti-tumour effects of resveratrol and pterostilbene.

"Both have been studied extensively for their chemoprotective and chemotherapeutic properties in vitro in many cell types, especially colon cancer.

"Pterostilbene, a derivative of resveratrol, has been found to be more effective than resveratrol at inhibiting multiple signalling pathways that tumour cells use to sustain growth and survival.

"We hypothesise that resveratrol and pterostilbene will be effective at reducing the growth and metabolic activities of ovarian cancer cells as well as elicit measurable effects on the expression of signalling proteins and proliferative markers involved in tumour growth and development.

"Preliminary results suggest that although the compounds have only modest effects on the growth of the cells, they are effective at reducing the expression of several cell signalling molecules.’’

Further work is needed to validate these findings, in particular repeated experiments of those already carried out in order to increase the statistical significance, Rao says.