UC astronomy to view the sun through telescope

University of Canterbury (UC) astronomy experts will give the public an opportunity to view the sun using solar telescopes during the first New Zealand Starlight Festival. 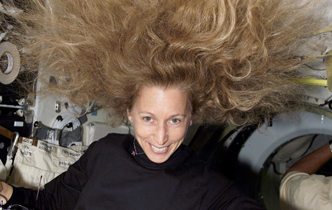 University of Canterbury (UC) astronomy experts will give the public an opportunity to view the sun using solar telescopes during the first New Zealand Starlight Festival at Tekapo this weekend.

The pair have been successfully applied to study the universe through the world's biggest astronomical project. They have been awarded time on the Atacama Large Millimetre Array telescope (ALMA) in Chile. ALMA received 1100 proposals from all over the world and 200 were given time to use the facility.

The starlight festival, which opens on Friday, will comprise 15 events including stargazing, lectures and documentaries on the night sky.

The public will be informed about the stars, the night sky, the problems of light pollution and the appreciation of the environment and outer space.

Festival organiser Professor John Hearnshaw says the dark sky reserve is the world’s largest reserve and the first in the Southern Hemisphere.

"It is a recognition of the pristine skies of the Mackenzie which are essentially completely free of light pollution. The goals of the reserve are to promote star-gazing and astro-tourism, as well as to protect the astronomical research at UC’s Mt John University Observatory.

"The observatory is the astronomical research station owned and operated by UC and has four optical telescopes for observing stars, planets, comets and near-Earth asteroids. It is the world’s southern-most astronomical observatory at 44 degrees south.’’

US astronaut Marsha Ivins, who has travelled almost 27 million miles in space and has orbited the Earth 990 times, will be a key speaker at the festival. Ivins was a veteran of five shuttle missions, including one to the International Space Station. She will give a public lecture at UC on Wednesday (October 9).