A University of Canterbury study of top students has found many of them were not comfortable being identified as gifted and talented. 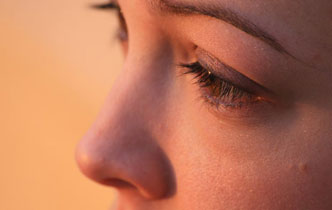 A University of Canterbury study of top students has found many of them were not comfortable being identified as gifted and talented.

The students in the UC survey said they understood that they needed to downplay any perceived abilities if they wanted to maintain their social status in schools.

Several were concerned about getting a nerdy name and most had experienced being called a nerd, among other things.

The survey was carried out over 18 months by UC PhD student Louise Tapper. She tracked gifted and talented students from Year 9.

"The findings threw up an interesting perspective on the part of these highly able students in terms of their understandings about achievement for gifted and talented learners.

"They understood what was appropriate within their particular socio-cultural milieu. Students and parents in the study said that being gifted and talented in New Zealand is not something to shout from the rooftops. It was rather an identity that should be underplayed in keeping with the preferred New Zealand cultural demeanour of modesty and self-deprecation.

"I would argue that for young adolescents this can bring mixed messages. Able students are encouraged to be the best they can be but, as these students have reported, they have learnt to keep quiet about their successes or else someone will turn around and be offended.

"Students were experimenting with identities. Some resorted to fitting in with the mainstream culture at their school, others embraced being different and were reclaiming the nerd role.’’

Tapper said the preferred identity for these students, among by students themselves, parents and teachers, was the all-rounder. In particular, the able students who had sporting ability reported that they found it easier to find a fit in the social strata of school.

"There is a prevailing view in both the literature and wider society that gifted children see achievement as being about having innate ability but these students recognised the part that both ability and effort played in high achievement.

"In fact they valued achievement more when they really had to work for it. One participant even felt there’s a point where natural ability doesn’t count for anything,’’ Tapper said.

"Parents saw achievement for their gifted children as being as much about being well-rounded, as it was about academic success.

"Under-achievement was couched in terms of ‘not reaching potential’ which was consistent with much of the literature. But the findings did show that neither the students nor parents were able to give an understanding of what reaching full potential actually meant.

"Structuring definitions of under-achievement around such an imprecise concept places an unfair burden on highly able students. The study showed that there were complex issues around identity development for gifted and talented students as they experienced schooling in New Zealand,’’ Tapper said.