Role of forensics in justice system being studied

A University of Canterbury historian is investigating forensics and its developing role in the justice system. 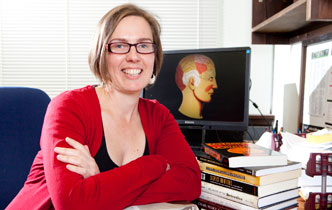 A University of Canterbury researcher is investigating forensics and its developing role in the justice system.

Historian Dr Heather Wolffram is investigating the psychology of juries and what problems the psychological impact of expert forensic evidence on juries means for the integrity of the New Zealand justice system.

"We live in a culture that is fascinated by crime and the ability of the forensic sciences, including DNA analysis and psychological profiling, to help solve it. Our popular culture is saturated with entertainment that features forensic scientists and cutting edge forensic techniques, such as CSI, Criminal Minds, and Silent Witness," Dr Wolffram says.

"The ways in which forensic experts and forensic techniques are portrayed within popular culture tends to make them look infallible and lends forensic scientists enormous prestige and authority when they appear before a jury in the courtroom.

"The persuasive effect that this authority has on juries and their perception that forensic science can easily and speedily provide 100 percent certainty of guilt or innocence is, however, problematic.

"Forensic science is often slow and laborious and can only offer probabilities not certainties. The belief, sometimes demonstrated by jury members, that forensic science offers a magic bullet for solving crime and ascertaining guilt, has been called the CSI-effect."

Dr Wolffram has received a $350,000 Marsden Fund grant over three years to investigate forensics. The first batch of results will appear later this year. In the final year, she will speak at an international symposium at UC that will include historians, forensic psychologists and lawyers to discuss forensic psychology.

Concerns were raised more than 100 years ago that popular representations of forensic techniques had a detrimental effect on the public. In particular, Arthur Conan Doyle’s Sherlock Holmes novels were seen as giving the public the wrong impression about the scope of the forensic sciences, she says.

"Recent New Zealand trials have demonstrated just how uncertain forensic evidence can be and how difficult it can be for a jury to decide between the conflicting interpretations of physical evidence offered by Crown and defence forensic experts.

"My project more broadly is considering how forensic psychologists discovered that witnesses could create false memories, how judges and police investigators became objects of psychological analysis and what the last century has told us about the psychology of the criminal."