Rise in sea level from polar melt a serious issue

The likely sea level rise from melting polar ice needs to be seriously considered in the rebuild of Christchurch, a University of Canterbury (UC) expert says. 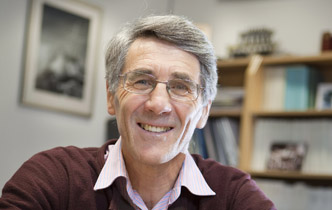 The likely sea level rise from melting polar ice needs to be seriously considered in the rebuild of Christchurch, a University of Canterbury (UC) expert says.

Sea levels are expected to rise a metre in the next 100 years which will impact on Christchurch, UC’s Gateway Antarctica director Professor Bryan Storey says.

"This is very serious. The dynamic ice changes that we are beginning to see in Antarctica were not included in the last assessment report of the Intergovernmental Panel on Climate Change.

"We have underestimated the threat in the past few years. We have an opportunity to do something about this here in Christchurch as we rebuild the city.’’

Professor Storey will give a public lecture on the effects of global warming on Antarctica and its impact on New Zealand at UC next week (September 25). See here for details: https://www.eventbrite.co.nz/event/7990432599

UC has 25 staff involved in Antarctic research and 15 PhD students examining many Antarctic issues. Professor Storey says UC researchers are looking at the stability of the ice sheets, the impact climate change  is having on Antarctic ice and the speed with which it is moving.

"Parts of Antarctica are warming as fast, if not faster than anywhere else on the planet. This is mainly due to the ozone hole which is, ironically, keeping parts of Antarctica cold but resulting in extreme warming in other parts.

"It is a complicated system which makes it hard to predict exactly what will happen in the future, but it is likely that we have underestimated the impact global warming will have on Antarctica in the future.

"We expect the ozone hole to stop forming in about 50 to 70 years resulting in a bigger impact of climate warming in the Antarctic. This gives us a window of opportunity to establish baselines of current ice movement and thickness, which is the focus of our research.’’

Professor Storey will head down to the ice in November to look at UC’s special five year project funded by the United Nations Environment Programme to protect seals and penguins. See a preview interview here: http://youtu.be/ITXKKG_Av90.