A book on gangs written by University of Canterbury researcher Dr Jarrod Gilbert is being reprinted after just five days on the market. 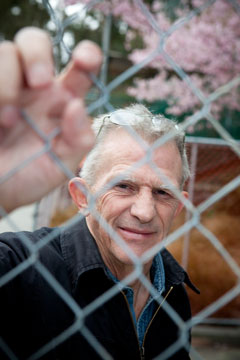 A book on gangs written by University of Canterbury researcher Dr Jarrod Gilbert is being reprinted after just five days on the market.

A run on Patched: the History of gangs in New Zealand, has seen stocks run out less than a week after release. Patched leapt immediately to number 10 on the general bestseller list, third in the New Zealand books’ Top 10 and beat Jamie Oliver’s 15 Minute Meals and the Road Code.

Dr Gilbert’s senior supervisor Professor Greg Newbold said that given the uniqueness of the research into gangs the runaway success of the book is not unsurprising.

"Based on 10 years of personal contact with New Zealand gangs, combined with an enormous depth of background research, this book represents by far the most profound and intelligent analysis of New Zealand gangs and their history that has ever been produced.

"The amount of information contained in the book is encyclopaedic while the analysis is considered, informed and fair. No one who makes a comment about gangs in this country can now claim to be informed about the matter without having read Dr Gilbert’s book.

"The work is based on Gilbert’s PhD research at UC, which hosted him during his decade of study. UC also hosted the book launch, inviting members of a number of New Zealand gangs, including representatives from Black Power, the Devil’s Henchmen, the Mongrel Mob, the Rebels and the Road Knights.

"Arriving on roaring Harleys, the groups, many of which have been at war for years, ate, drank, and mingled freely and amicably on the neutral turf of the university. Several former detectives, who also assisted Dr Gilbert with his research, were also at the event.

"The popularity of the book and its acceptance by both gang members and police alike is clear testament to the comprehensive and measured way in which Dr Gilbert has carried out his research and then transmitted his findings into print."

Reprinted stock will be available in bookshelves from 28 April.