A University of Canterbury psychology expert is trying to understand the origins of personal attraction by studying changes in time perception. 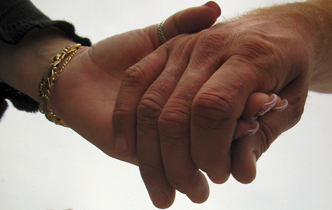 A University of Canterbury psychology expert is trying to understand the origins of personal attraction by studying changes in time perception.

UC psychology researcher Dr Joana Arantes received $300,000 in Marsden funding this week and wants to know whether changes in time perception occur when seeing an attractive potential mate for the first time, which could be explained by evolutionary pressures our ancestors faced in the past.

"The initial idea for our research came from the popular belief that time seems to slow down or even stop when falling in love at first sight,’’ Dr Arantes says.

"This can be seen depicted in films such as the Tim Burton movie Big Fish and in Taylor Swift’s song Time Slows Down Whenever You’re Around.

"We know from previous research that perceived time can slow down in real-life situations that are threatening, such as car crashes, bungee jumping, or to take a less extreme example that’s been studied in the laboratory, viewing photos of snakes. These changes in time perception, which can be subtle, are mediated by changes in arousal, and have evolved because they increased the likelihood of survival.

“From an evolutionary perspective, it makes sense that similar changes in time perception would occur in situations related to reproductive fitness, such as unexpectedly seeing an attractive potential mate for the first time.

"Of course, this is consistent with the saying about: love at first sight. But when we looked in the scientific literature we found there had been no prior research.

"In our first study, which was recently published in the journal Evolutionary Psychology, female participants viewed photos of attractive and unattractive males and females that were briefly presented on a computer and had to estimate their duration by pressing a mouse button.

Initial results are not expected until the end of next year.