A University of Canterbury researcher says more research is needed to help those affected by dysphagia, or swallowing difficulties, after a stroke. 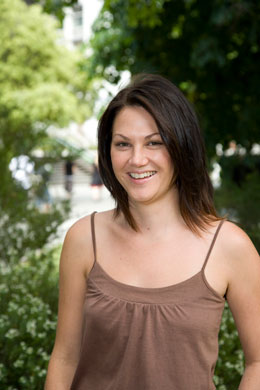 About 3000 New Zealanders are affected by dysphagia, or swallowing difficulties, from stroke alone in New Zealand each year.

Swallowing impairment is the leading cause of aspiration pneumonia, which is the fourth leading cause of death in the elderly. This highlights the need for development of effective rehabilitative techniques.

A University of Canterbury researcher Dr Phoebe Macrae (Communication Disorders) has investigated the issue and, while rehabilitation techniques have been developed to address swallowing disorders, the evidence to support the use of these techniques is minimal.

The lack of evidence leaves clinicians little choice but to prescribe these techniques after stroke without clear knowledge of their long term effects.

Dr Macrae, who is now doing a postdoctoral fellowship at Johns Hopkins University in Baltimore, USA, says her research discovered that ultrasound – which is cheaper and more accessible – may be better than an MRI scan for measuring the size of the swallowing muscles. Her research at UC was supervised by Dr Maggie-Lee Huckabee.

"My PhD research involved two distinct components. The first involved a series of studies to improve and expand the measurement tools used in swallowing research, and included a total of 42 participants.

"The second component involved having 40 healthy volunteers complete six weeks of swallowing exercise. Clinicians commonly prescribe these exercises to stroke patients to treat swallowing disorders. After the six weeks of exercise, I noted changes in various components of their swallowing.

"What we found following this exercise was that none of the swallowing behaviours we measured changed. While a lot of people feel results that fail to reveal changes are disappointing, it’s actually a very interesting finding.

"There are a number of issues that need further research before we can confidently reach any conclusions.

"A healthy person can safely respond to reduced swallowing function, but if we saw such decline in healthy subjects it would caution our progression with such research for patients with disordered swallowing.

"Because we saw no improvements in swallowing following the exercises, we would want to consider some other assessments, or changes to the exercise, before we repeat the study in stroke patients.

"The other issue that requires further research is the tools we used to measure the change in swallowing after the exercises. These measures are used frequently in swallowing research, and my results suggested they are very variable.