The first release of earthquake stories collected by UC's QuakeBox recording studio will be available from tomorrow on the CEISMIC Canterbury digital archive. 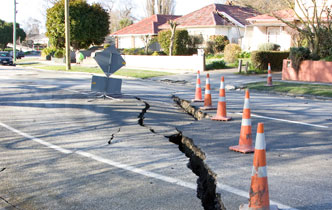 The first release of Christchurch residents’ earthquake stories collected by the University of Canterbury’s QuakeBox recording studio will become available from tomorrow on the CEISMIC Canterbury earthquake digital archive.

The UC QuakeBox team has recorded more than 700 members of the public talking about their experiences during the 2010 and 2011 earthquakes and the rebuild of Christchurch’s central city.

Video and transcripts of the first 65 interviews will, from tomorrow, be available to the public at http://www.ceismic.org.nz. The team plans to have 150 stories available by the end of June.  Updates and highlighted stories will be available on the UC QuakeBox Facebook page.

The QuakeBox is a shipping container converted into a high-tech recording studio. In 2012 it was moved around Christchurch, recording stories at nine different locations across the city including the Re:Start Mall, Eastgate Mall, New Brighton, Lyttelton, Brooklands, Sumner, the A&P Show and Riccarton Mall.

UC professor Jen Hay says 723 stories were recorded in 13 different languages.  The UC team is about halfway through the transcription process.

"The collection highlights the diversity of people's experiences. But certain recurring themes are also present throughout the stories. A strong sense of community comes through, with people often expressing their appreciation to those who helped them during the quakes or were seen to be helping others.

"It is clear that there is a feeling of camaraderie in the community and that Cantabrians have experienced these events together.

"The message that ultimately comes through from the stories is one of hope. Many people are optimistic and future-focused. While speakers sometimes relate highly traumatic experiences it is common for them to end on a high note, to describe the future they see in the city, as well as what they have learned from the experience.

"Many story-tellers believe that the will of Cantabrians has solidified, rather than crumbled, in the face of adversity,’’ Professor Hay says.

Earlier this year the CEISMIC archive won the inaugural international Digital Humanities Award for the best project for public audiences.

UC QuakeBox, a collaborative project between the UC CEISMIC digital archive and the New Zealand Institute of Language, Brain and Behaviour at the University of Canterbury (UC), has been supported by the Canterbury Community Trust, PBT Transport and Leighs Construction.