University of Canterbury researchers are teaming up with Institute of Environmental Science and Research (ESR) staff to study how blood forms stain patterns. 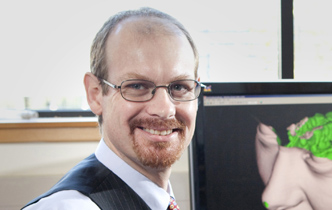 University of Canterbury researchers are teaming up with Institute of Environmental Science and Research (ESR) staff to study how blood forms stain patterns to help police, forensic scientists and courts interpret bloodstain evidence.

"The forensic science community has put a lot of effort into working out rules for interpreting bloodstains. We are attempting to make clear the science behind these rules.

"Bloodstains can provide key information on the position of the victim and assailant, the type of weapon, the number of blows.  It can be particularly useful when trying to determine whether a death is suicide or murder.

"Several murder cases have been retried due in large part to confusion over bloodstain evidence. This confusion arises from a lack of fundamental understanding of the complex physical processes which generate bloodstains.

"We plan to develop a deep understanding of these processes by studying wounding by gunshot and blunt impact using realistic physical models of body parts under controlled laboratory conditions. Our group is one of the very few research groups performing this work in the world,’’ Dr Jermy says.

"We have forensic scientists, odontologists (dentists), chemists and mechanical engineers working on the project: different people bring different skills and this is a great help in complex projects like this,” Dr Jermy says.

Dr Jermy says there are opportunities for better detection and better use of evidence in court, to resolve more violent crimes and achieve just outcomes for suspects, victims and their families.

"One of our research areas is to understand the mechanical properties of the human brain under high impact cranial gunshots.  One of our postgraduate students uses high speed video to record bullet impacts on synthetic materials that he is developing to mimic the human brain.

"This will lead to an understanding of where the material ejected from an impact will land and what kind of stain pattern will result.

"Another project is looking at a computer code that can predict blood droplet trajectory.  This will help investigators to ascertain where an impact event occurred in the crime scene.

"A third area of research is in developing a computer code that predicts how a blood drop reacts with a surface and what shape it produces which will lead to being able to predict the drop angle, height and impact,’’ Dr Jermy says.