A University of Canterbury (UC) postgraduate scholarship-winning student is studying climate change impacts on small insects and their predator-prey interactions. 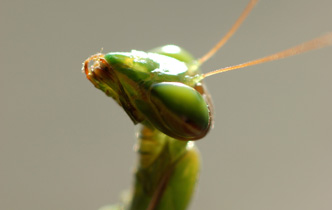 A University of Canterbury (UC) postgraduate scholarship-winning student is studying climate change impacts on small insects and their predator-prey interactions.

Sophie Hunt, under the supervision of UC freshwater ecologist Professor Angus McIntosh, is researching how climate warming can affect insect predators and their prey, such as mosquitos, and how it might relate to invasive species.

"We will look at how habitat drying affects interactions between both a native and introduced mosquito, and their predators, in New Zealand freshwater environments.

"One way to understand how these tiny insect communities might respond to invasive species in the face of climate change is to look at feeding relationships between a predator and its prey. Although it is useful to understand how individual species will respond to changes in climate, it is the interactions between species that matter, as interactions create communities.

"We are studying interactions between mosquitoes and their predators in aquatic systems. Mosquitoes are vectors for a wide range of viruses and other diseases, so understanding how both their distribution and interactions within biotic communities will change with the changing climate is important.

"We want to know if climate change will alter predator-prey interactions and will changes be different for native and introduced species?

"We are surveying the situation to add to the patchy knowledge about habitat ranges of both native and introduced mosquitoes in New Zealand.

"We will begin research in the new year and try to determine how altered climate affects predator consumption on native and introduced mosquitoes.

"Climate scientists predict that global temperature will increase over the next 100 years and much work is underway to understand how this will affect these communities.

"Although increases in temperature are important, what might be more important to animals living in freshwater habitats is altered precipitation. This is expected to increase in some areas, and decrease in others, which will likely have large impacts on mosquito habitat availability.

"There is a lack of research on understanding how interactions in freshwater systems are altered by altered precipitation regimes, so this research area represents an important, previously missing component in the global change research.’’

Hunt says her research could provide fresh information on mosquito control and monitoring and will hopefully be able to be used in wider theory regarding interactions between climate change and biotic invasions.

She has received a Meadow Mushrooms scholarship to assist in her research.