A University of Canterbury criminologist says a surge in summer crime should be expected, especially between Christmas and New Year 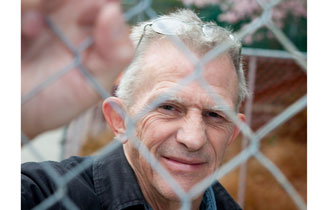 A University of Canterbury criminologist says a surge in summer crime should be expected, especially between Christmas and New Year.

"There’s always a rise in violence and disorder. Violence increases at Christmas as a result of greater amounts of alcohol being consumed, particularly by young people around the Christmas-New Year period.

"Fighting, rioting and general disorder are problems whenever young people gather together in groups to drink. There are also rises in domestic violence associated with greater alcohol consumption and discordant couples spending more time together.

"Financial stresses can be acute during the Christmas period and some domestic violence is associated with this. A recent or impending marriage break up will also be more sharply felt at Christmas time and, exacerbated by alcohol, can lead to explosive outbreaks.’’

He said the summer crime wave also spreads to property crime. Large numbers of children together on holiday in certain areas results in an increase in crimes of property damage and petty theft such as shoplifting.

There also tends to be a spike in burglaries as people leave their homes to go on holidays. Opportunistic burglars take advantage of this exodus, burgling houses while the occupants are away.

There is always a rise in property crime in holiday areas such as motor camps, where expensive equipment such as boats, dive gear and fishing gear can be left lying around tent sites.

"There will be inevitable increases in crimes associated with partying and holidaying: driving with excess blood alcohol and violations of the Fisheries Act will be more common at this time.  Just as people on holiday drink more, those who smoke dope are likely to smoke more.

"In addition, the big marijuana harvests occur in the January-February period, and marijuana is cheaper at this time than at any other time of the year.’’