Petrol not as expensive as it was 30 years ago

Petrol prices may be at record highs but a University of Canterbury senior economics lecturer says gas is not as expensive as it was 31 years ago. 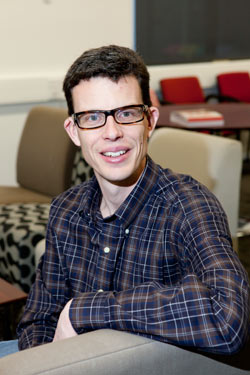 Petrol prices may be at record highs but a University of Canterbury senior economics lecturer says gas is not as expensive as it was 31 years ago.

The latest rise to more than $2.22 a litre has caused a ripple throughout the New Zealand consumer economy but UC’s Dr Eric Crampton (Economics and Finance) said petrol was more expensive in 1981.

"Back then petrol prices were less than 60 cents a litre. While that sounds wonderful, when you adjust for inflation, that is $2.46 per litre in today’s dollars, much more than we are paying now.

"While petrol prices have increased substantially recently, they are not hitting ranges where I would expect substantial adverse consequences. Also, people now buy cars that are far more efficient than the ones available even a decade ago, so the cost of driving per kilometre has not risen as substantially as the price rise in petrol over the last few decades."

Dr Crampton said if petrol prices continued to increase substantially due to global economic growth, that could have significant consumer effect, but that would be offset by growth in export markets.

"People get very excited about petrol prices because they see them every day while driving. I’m far more worried about inflation in housing costs in Christchurch."

UC's Professor Simon Kingham (geography) said a significant proportion of household income was spent on transport, specifically cars, and this was particularly the case for lower income people. A rise in fuel prices will clearly affect people.

"Previous behaviour change when fuel prices increases shows that people travel by car less to save money. Increases in the use of the bicycle have been seen in such situations. The good thing about biking is that it is actually something people like and want to cycle.

"Recent research carried out by us at the University of Canterbury clearly shows that the main barrier to people cycling is that they don't feel safe. They want to be able to cycle away from fast moving traffic. Investment in good quality separated cycle infrastructure has been shown in many examples worldwide to increase bicycle use."

The rise in fuel prices and likely further future increases meant now was the perfect time to enable people to use a cheaper alternative that also improves their health and reduces pollution, he said.