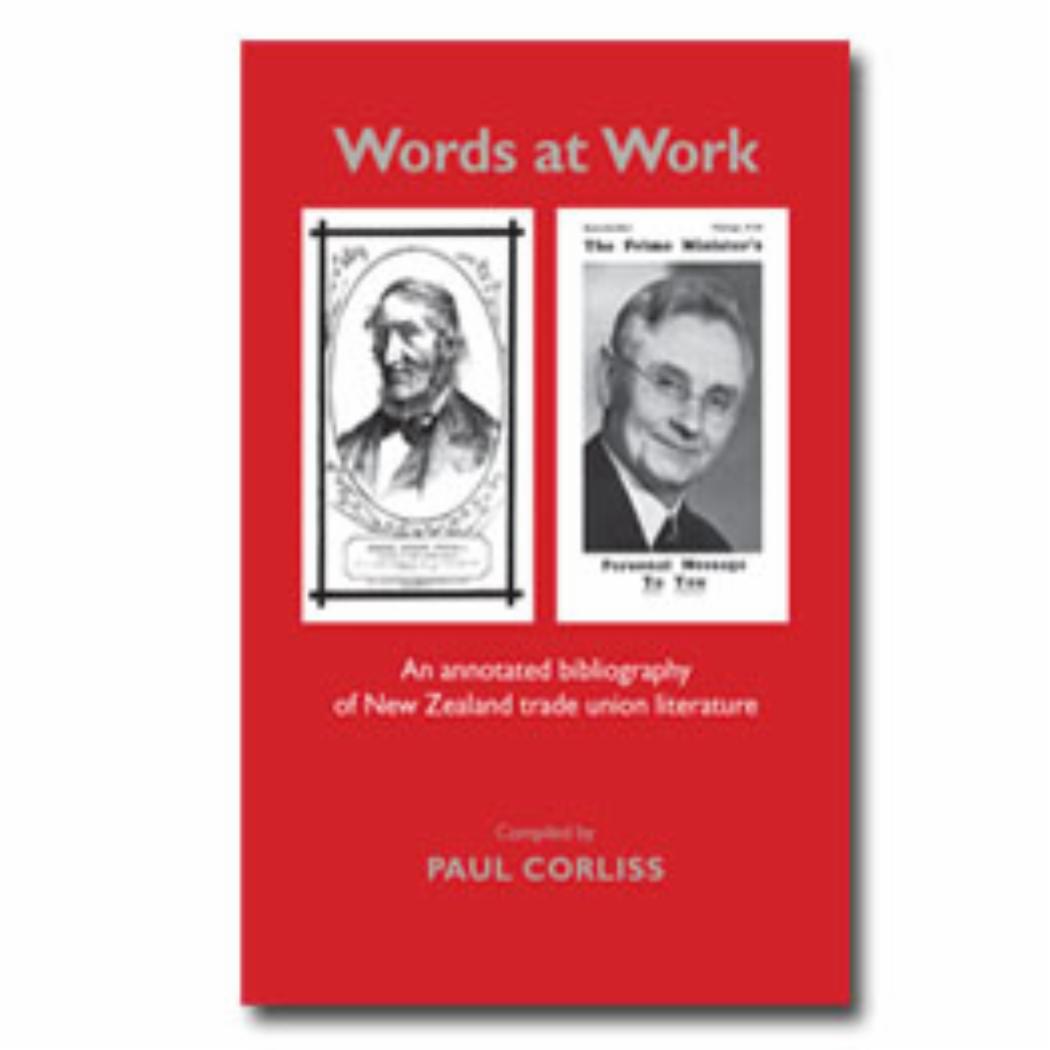 It is more complete and up to date than Bert Roth’s (1970, reprinted 1977) bibliography, and much of the material does not appear in Austin Bagnall’s  New Zealand National Bibliography.

Other than trade unions themselves, political and union activists, social historians, students and book researchers will find Words at Work a valuable resource.

Even a cursory glance at the wealth of literature, covering 130 years, recorded here shows a broad range of diverse activity across many occupational groupings, windmills that have been tilted at and often bent, the indefatigable nature of worker organisation and action, and the striving for progress in areas of life beyond the industrial.

PAUL CORLISS was until recently the South Island Industrial Officer with the Rail and Maritime Transport Union and lives in Christchurch with his wife, Bette, and son, Sam. He is an enthusiastic flyfisherman and an acquisitive bibliophile who has published a bibliography of New Zealand freshwater fish and fishing books. He has written for fishing magazines in addition to contributions to rail and maritime union journals, and co-authored May Day: A history and a future. Paul has been active in trade unions from when he worked at Westfield freezing works in the late 1960s and then as a railway shunter in the mid-1970s. He has held positions in the National Union of Railwaymen, the Canterbury District Federation of Labour and Council of Trade Unions, the Harbour Workers Union and the RMTU, of which he is a life member.