Tuatara: Biology and conservation of a venerable survivor 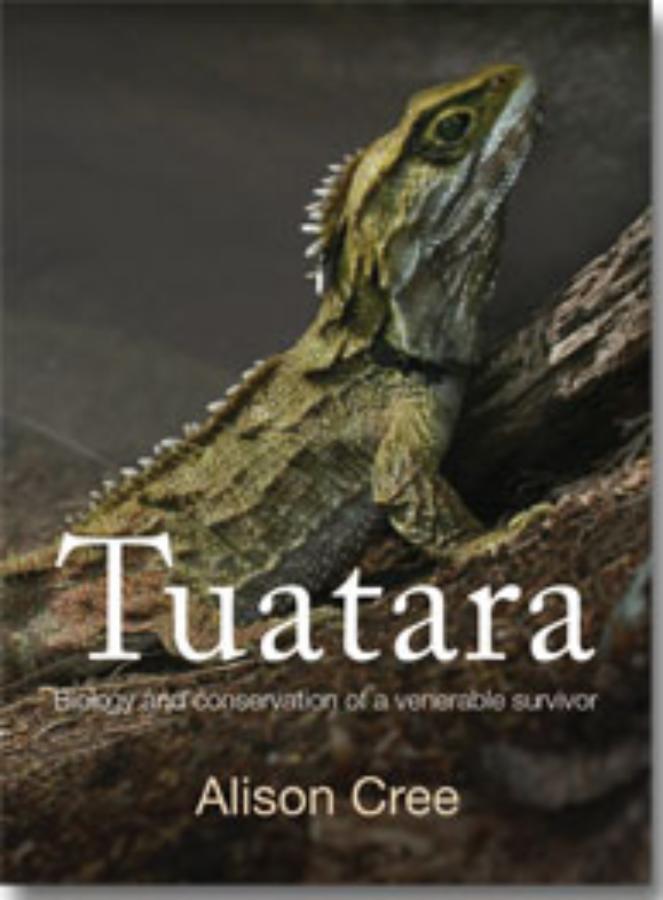 Pick up virtually any textbook on vertebrate evolution and you will find mention of the curious reptile known as tuatara (Sphenodon). The special evolutionary status of tuatara as the last of the rhynchocephalians – one of the four orders of living reptiles – is unquestioned. Wild members of the sole living species are now restricted to a few dozen remote islands around the New Zealand coast, where for several centuries they have been observed and studied by humans. But are tuatara really unchanged ‘living fossils’, or close relatives of dinosaurs, as sometimes portrayed?

This is the first detailed monograph for decades about this enigmatic reptile, and the first to be illustrated in colour throughout. The evolution, natural history and conservation of tuatara are covered in comprehensive detail, providing a resource for the specialist yet in a style accessible to a wide readership. The special place of tuatara in Māori and popular culture is also considered. Tuatara have survived alongside humans for more than 700 years, though with their numbers much reduced: what are their future prospects in a globally changing world?

Alison Cree is an associate professor of zoology at the University of Otago in Dunedin, New Zealand. For nearly 30 years (barely a third of the potential lifespan of a tuatara) she has researched the biology of this distinctive New Zealand reptile and contributed to its conservation management. An author of more than 100 scientific publications, Alison has also studied the biology of New Zealand lizards and frogs. In this book she brings her personal experience of tuatara on more than 14 islands, in ecosanctuaries and in captivity, to this wide-ranging overview.