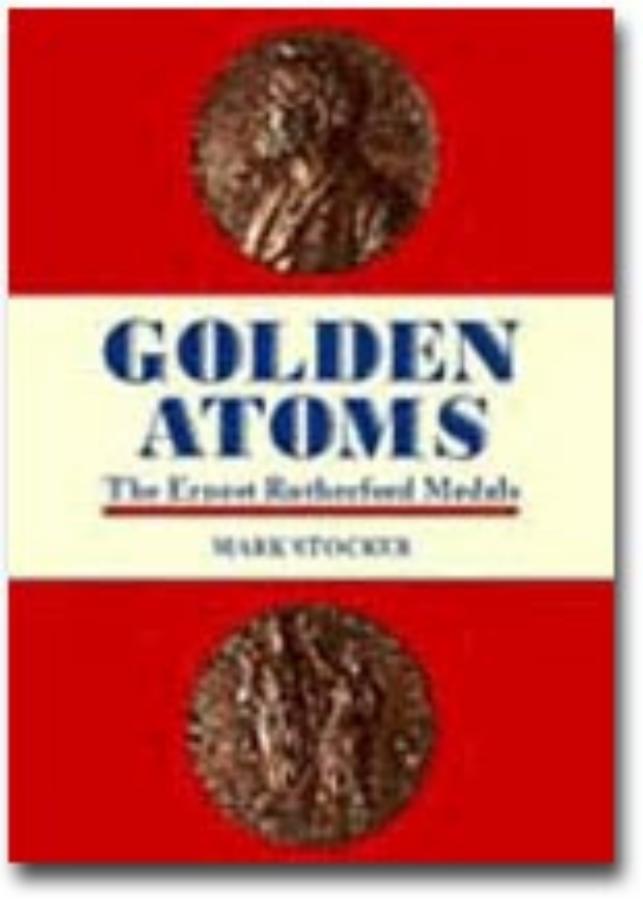 Ernest Rutherford is a Kiwi icon and widely regarded internationally as the greatest experimental scientist of the century, but the medals awarded to him for his achievements are far less familiar. The collection of 36 medals, including the Nobel Prize Medal for Natural Science 1902, awarded to him in 1908, was gifted by his widow to Canterbury University College after Lord Rutherford died in 1937. After years of obscurity, the medals are to be the subject of a series of exhibitions in 1999, beginning at the Canterbury Museum in Christchurch.

The collection represents this unusual art form at its highest point since the pioneering works of the Italian Renaissance. They include 46 ounces of gold - or, as Mark Stocker puts it in this book, "trillions of golden atoms". Dr Stocker's text, accompanied by illustrations in colour and b/w, introduce us entertainingly to the Rutherford medals. A comprehensive catalogue and background essay background, this most significant part of our scientific heritage.

"An impressive collection that includes works by some of the major medallic artists of the twentieth century... a useful guide to 200 years of British medals and provides intriguing insights into French, American and other medals." - Philip Attwood, numismatist, British Museum.