Vincent Ward, a graduate of the University of Canterbury’s School of Fine Arts, is one of New Zealand’s most celebrated filmmakers, screenwriters and artists. 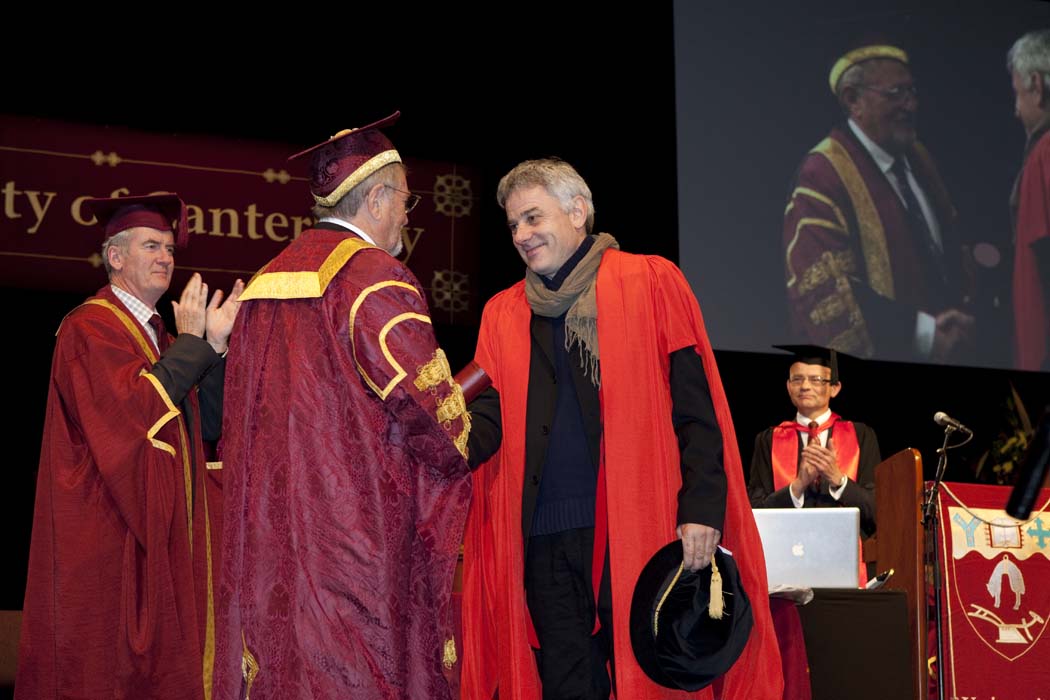 Mr Ward’s films have received critical acclaim both within New Zealand and overseas, and are known for their strong visual and atmospheric elements.

His first feature film, Vigil (1984), was also the first New Zealand feature film invited to enter the competition at the Cannes Film Festival. It won the grand prix at the 1984 Prades Film Festival and the Madrid Film Festival, and the awards for best cinematography, best production and best screenplay at the 1984 New Zealand Listener Awards. His next two films – Navigator: A Medieval Odyssey (1988) and Map of the Human Heart (1993) - were also invited into Cannes. Navigator won more than 25 national and international awards, including Australian Film Institute Awards for best film and best director. His 1998 film What Dreams May Come, starring Robin Williams, received an Academy Award for best visual effects.

Mr Ward has been making films since 1977 when as a student he made an adaptation of Janet Frame’s novel A State of Siege, and a documentary, In Spring One Plants Alone (1980). Remarkably, both films began receiving international recognition even before he had graduated from the University of Canterbury in 1979 with a Diploma in Fine Arts. A State of Siege went on to win the Miami film festival against a large group of professionally made and budgeted feature films and a Silver Hugo Award at the Chicago film festival. In Spring One Plants Alone won the Grand Prix in Paris at the Cinema Du Reel Film Festival and a Hugo Award at the Chicago Film Festival. Both films were internationally acclaimed by critics and had theatrical releases in the US and New Zealand.

While based in Hollywood in the late 1990s, Mr Ward developed the initial story for Alien 3, executive produced the Academy Award nominated film The Last Samurai, which starred Tom Cruise, and directed the historical epic River Queen. His most recent film was Rain of the Children, which premiered at the Sydney Film Festival in 2008 and won one of the largest film festivals in Eastern Europe against 250 other entries.

His is also a successful visual artist and recently turned to exhibiting paintings, prints and cinematic installations. His recent exhibitions include a solo show at the 2012 Shanghai Biennale, Wehi - Where fear and awe collide (2012) at the Mark  Hutchins Gallery in Wellington, and Inhale | Exhale (2012) at the Gus Fisher Gallery and the TSB Bank Wallace Arts Centre in Auckland.

Mr Ward received the New Zealand Order of Merit for his contribution to filmmaking in 2007.