Acclaimed actor Sam Neill was educated at Christ’s College and the University of Canterbury where he gained a BA in English. 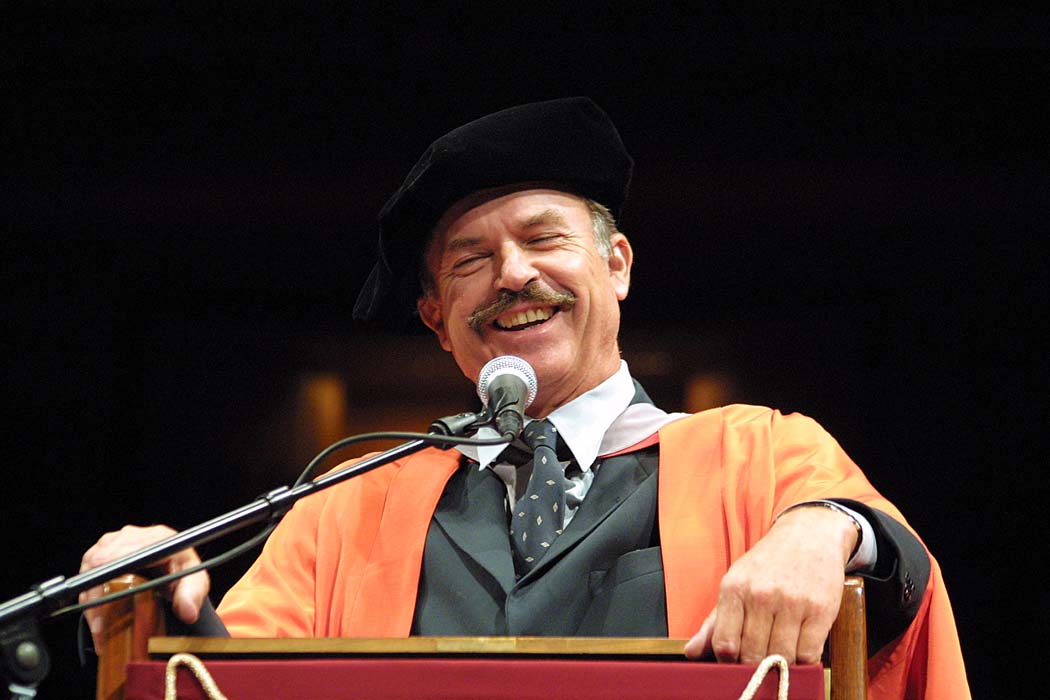 His interest in acting was fuelled by Dame Ngaio Marsh who annually produced plays during his time at Canterbury. Following University Sam Neill began working with the National Film Unit in Wellington, and after six years, landed the lead role in the feature film Sleeping Dogs, the first New Zealand film to be released in the United States.

Sam Neill has been involved in movies and TV almost continuously since, including many well-known titles such as The Hunt for Red October, The Piano, Sirens, The Horse Whisperer, Bicentennial Man, The Dish, Evil Angels, Dead Calm, Space, Reilly - Ace of Spies, and Jurassic Park and its sequels. He is well-known also in New Zealand for his Two Paddocks wine label and for his stand on environmental matters.

In 1991 he was awarded an OBE for services to acting.