From tradesman to the top of the World Trade Organisation, it has been a rollercoaster ride for former Prime Minister Mike Moore. 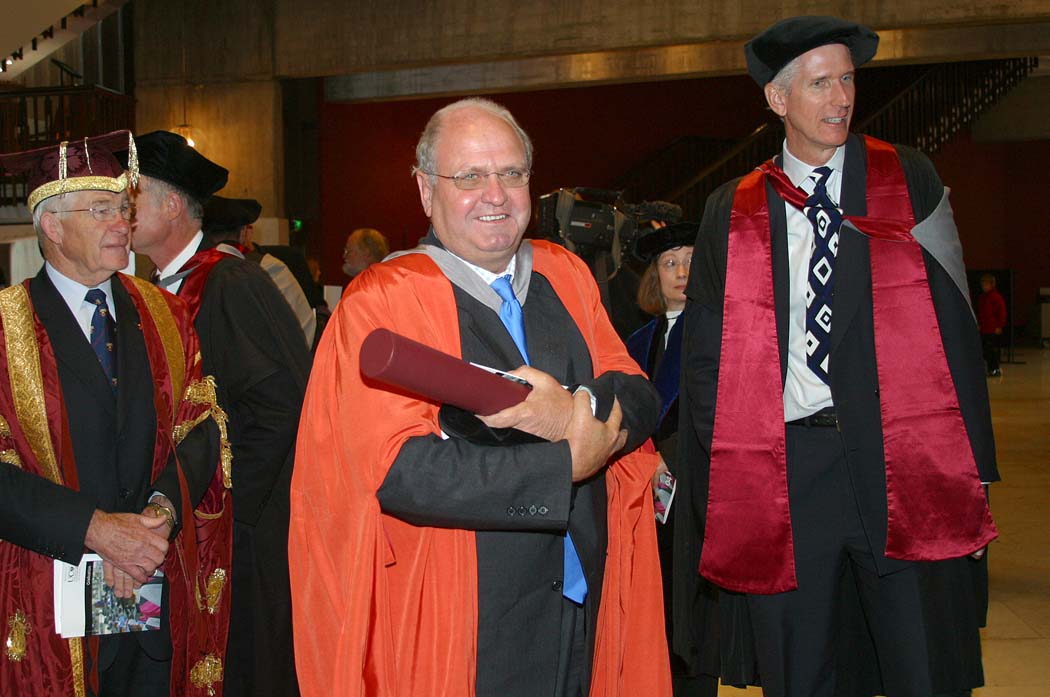 Born in Whakatane in 1949, Mike Moore tried a number of different trades, working as a printer, freezing worker, social worker and trade union researcher. In 1972, at age 23, he became the youngest elected Member of Parliament in New Zealand.

He served as Minister of Overseas Trade and Marketing in the Lange Government before briefly taking over as Prime Minister and Minister of Foreign Affairs in 1990. He continued to lead Labour in opposition until 1993 and as foreign affairs spokesperson until 1999, when he was appointed to head the World Trade Organisation as Director-General, a post he held until 2002.

Trade has also been integral to Mike Moore’s parallel career as an author. He has written nine books, one of which, Children of the Poor, was published by Canterbury University Press. The most recent, A World Without Walls, is being translated into Chinese and Turkish.

His achievements include playing a leading role in the launch of the Uruguay Round of GATT negotiations (1986-1994) and being instrumental in revitalising trade talks after the setback at Seattle in 1999. The Doha conference in 2001 saw the admission of China and Chinese Taipei, among other economies, bringing the majority of the world’s population within the trading system.

He was awarded the Order of New Zealand in 1999 and appointed a Special Trade Envoy for the New Zealand Government as well as advising a range of other governments and commercial organisations.

Citation authorised as true and correct at April 2004.