Professor Foster has had a remarkable and varied career, recently distinguishing himself through his work internationally on Grid Computing. For this he was awarded the British Computer Society’s Lovelace Medal in 2002. 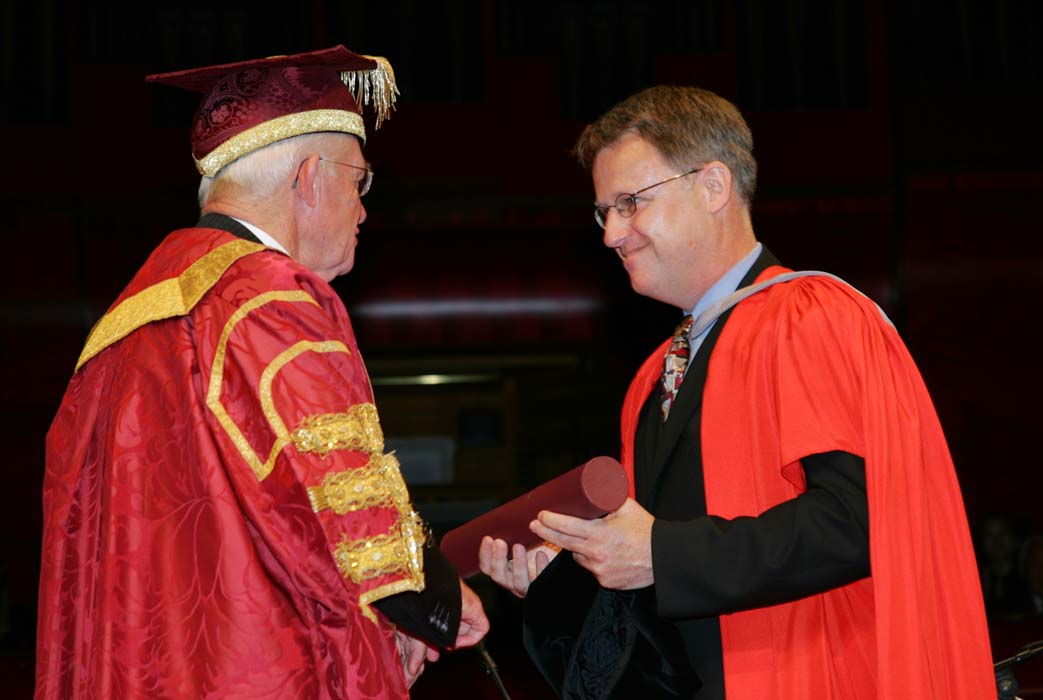 Grid computing is the high-speed networking equivalent to the electric power grid. It provides the mechanism for unused computing power to be fed into a pool and distributed among computer users in need of additional computer power.

Newsweek Magazine once described Professor Foster as a founding father of the grid, while another publication referred to him as “the Gridfather.”

He is currently the Arthur Holly Compton Distinguished Service Professor of Computer Science at the University of Chicago and leads the Distributed Systems Laboratory at Argonne National Laboratory in Argonne, USA. Among his many activities is leadership of the open source Globus Toolkit, widely used software for Grid computing.

Professor Foster graduated from Canterbury University in 1980 with a BSc (first class honours). Departing New Zealand by sailboat in 1980, he eventually made his way to imperial College London, from which he graduated with a PhD in computer science in 1988. He has been at Argonne since 1989 and the University of Chicago since 1996.

Foster is also Chief Open Source Strategist at Univa Corporation, a company he founded with other Globus leaders to foster and promote the adoption of Globus as the premier open source Grid technology.

Citation authorised as true and correct at April 2005.