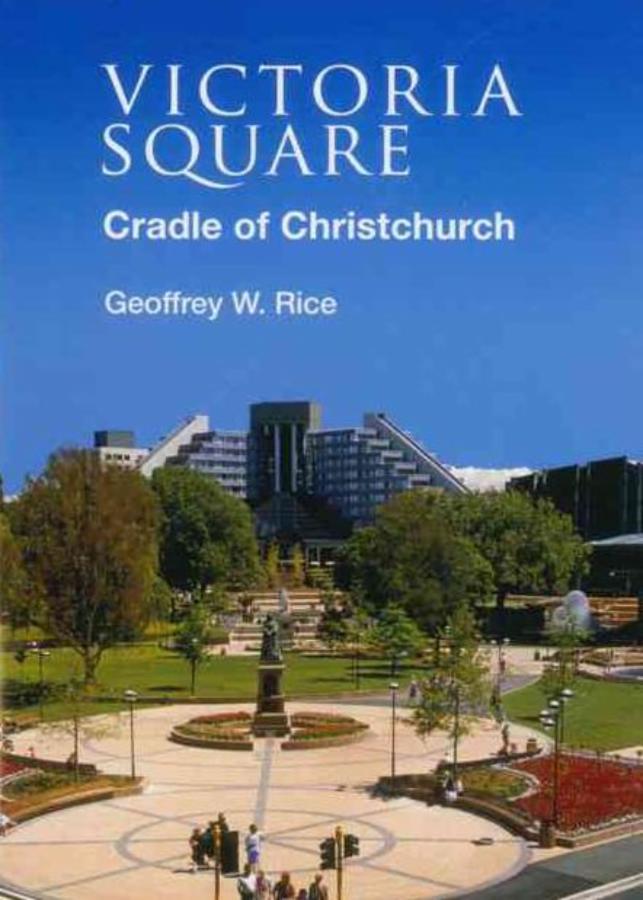 Victoria Square, that green and peaceful oasis in the centre of Christchurch, has a special claim to fame: it is the only city square in the world with a river running through it. And it has a rich and varied history, starting in 1850 when, as Christchurch's Market Place, it was the centre of commerce in the fledgling settlement. Before long it was home to little wooden shops, busy hotels and flourishing businesses, and to the city's law courts. Much later it was the site of the splendid town hall. There have been many changes over the years, by far the most drastic those that followed the major earthquakes of 2010 ad 2011. All the buildings on the square's eastern side, and most of those to the south, were demolished, along with the eye-catching tourist hotel that had occupied its north-west corner from 1988. Until the earthquakes Victoria Square was regarded as the most successful urban space in New Zealand, and even in Australasia, and that admired layout, dating from the 1980s, survives, though it may yet be modified as the city rebuilds.