Clubs, filming, photography, skiing, fundraising auctions and an Undie Run.
Corban is making the most of his UC experience. 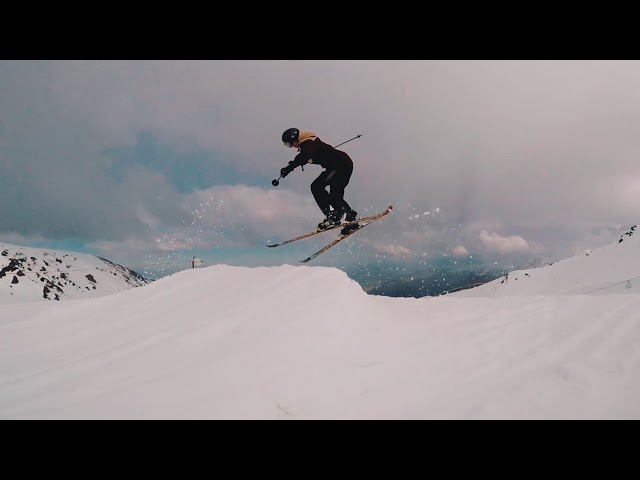 From city to snow in 1.5 hours - some of Corban's best uni moments are the mid-winter ski trips.

I wanted to pick a uni that offered opportunities beyond an
academic degree.

See what Uni study spaces are really like, so you can get the most out of your uni experience.

Jump in the car and be in the Port Hills in 15 mins. At UC, you are on the doorstep of some of the most breathtaking scenery in NZ.

Get a taste of what the club culture is like at UC.

You’re from Auckland – how has it been coming to a new place?

Awesome! I’m the happiest I've ever been. I hadn’t even visited the South Island before so it was a big decision, but I'm so glad I did it. I wanted to pick a uni that offered opportunities beyond an academic degree.

How would you describe the student culture at UC?

It’s really well balanced between academic, social, sporting and charitable things. There's something for everyone no matter what you’re into. It feels like every aspect of student life is met with open arms at UC.

What have you been involved in on campus?

The first club I joined was OpSoc, the Op Shopping Society. We do fundraising auctions and last year we did an Undie Run. It was a race where you strip off and donate your clothes to charity, then run around the library in your underwear.

Crazy! Did you run in your undies?

Unfortunately I’d broken my collarbone so I couldn't run! I filmed it instead. I’ve been passionate about filmmaking since high school. The clubs scene gives me an opportunity to keep making movies but in a more professional way.

So you’ve found an outlet for your videography skills!

I have. I’ve also made films for CUBA (the board riding association), ENSOC and the Gentleman's Club. I love it because I get to do something that's fun for me and adds value to the clubs as well.

How do your club roles and academics overlap?

Commerce is a broad degree that gives me skills I can apply to anything, and being on club execs has taught me practical business skills. For example, CUBA has tens of thousands of dollars going through it. They put on high production events like ‘Jib the Foundry’, which is televised and involves trucking snow in from Mount Hutt. It’s exciting to use my knowledge to contribute to their success.

Incredibly positive and filled with a whole bunch of interesting people who are into crazy things. I wouldn't have had the opportunity to meet them had I not come here. My original plan was just to come for three years, but I've had so much fun I don't want to leave!