An executive view of responding to critical incidents

Responding to a major critical incident is always a challenge for any institution, however if effective planning, training and engagement has occurred with all key staff in advance, the response and subsequent recover can be considerably easier.

On September 4th, 2010, at 4:35am, testing of the worth of the University’s preparedness planning began with a 7.1 magnitude earthquake centred 30km west of the City of Christchurch. That event began a seismic sequence which has to date produced in excess of 11,000 aftershocks over a period of two years and which have challenged and changed the City and the University in ways even the best planning could not have accurately predicted.

Dr Rod Carr was appointed as Vice Chancellor of the University of Canterbury prior to the seismic activity. Dr Carr actively engaged and supported the emergency preparedness activity which had been developed before his arrival and further encouraged the Senior Management Team of the University to schedule time for appropriate training activity. In May 2011, following the most severe earthquake which occurred on 22 February 2011, Dr Carr shared his thoughts about the key issues he considers important from an executive viewpoint in the following video interview.

What was the emergency reponse whent the Sept 4 and Feb 22 earthquakes struck?

How did the division between strategic and operational governance work in an emergency?

Emergency management 6 Learning from others

Vice-Chancellor Rod Carr speaks about how UC learnt about emergency management from other institutions.

Vice-Chancellor Rod Carr speaks the status of UC nine weeks after the earthquakes.

Vice-Chancellor Rod Carr speaks about the opportunities and silver linings of the quakes.

Vice-Chancellor Rod Carr speaks about UC's future after the quakes.

Dr Rod Carr speaks about emergency preparedness at the University of Canterbury. 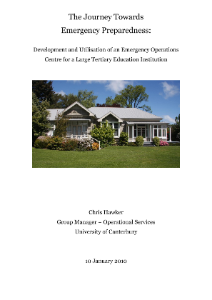 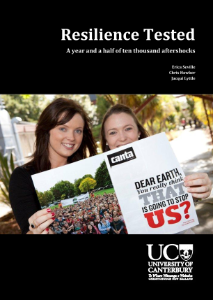 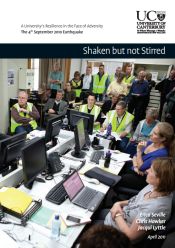