Over the last 12 months we have shown that percolating-tunneling networks of nanoparticles exhibit complex patterns of correlated electrical signals that are similar to those of networks of biological neurons in the cortex (Figure 1). The origin of this behaviour is that the percolating networks contain many tunneling gaps (between nanoparticles) which are sites for atomic-scale switching processes. Each switching event involves either formation or destruction of an atomic-scale filament, and the underlying processes emulate some of the integrate and fire characteristics of biological neurons. When one switch changes state, consequent changes in the distribution of voltages/currents through the network lead to other switching events, and hence to avalanches of switching events.

The observed avalanches of electrical signals are consistent with critical states, which are associated with optimal information processing i.e. they are believe to be ideal for neuromorphic computing. The critical dynamics in fact result from the combination of integrate and fire dynamics together with the scale-free topology of the percolating network. 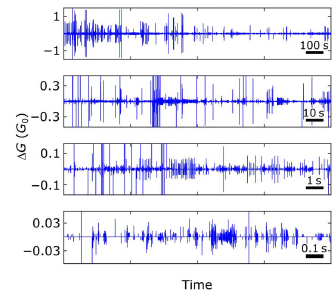 Figure 2. Avalanches of electrical signals exhibit powe rlaw behaviour and criticality. In this example plot the distribution of the sizes of the avalanches as a power law. A detailed analysis shows that the avalanches satisfy rigorous criteria for criticality.
Back to top