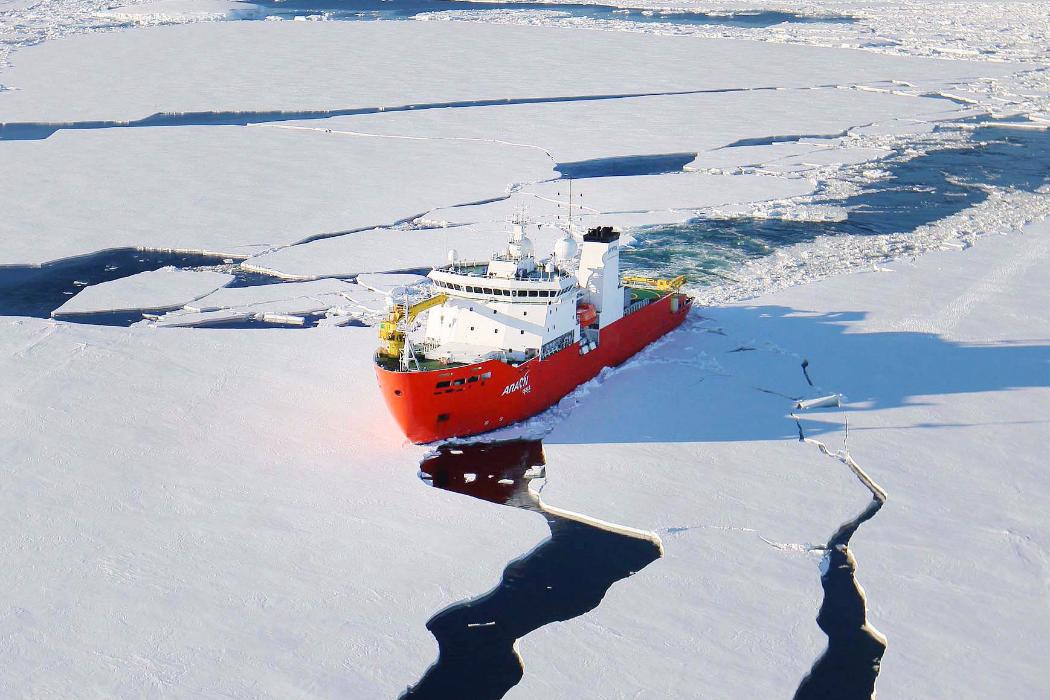 Our programme engages in research on the causes, effects and responses of the Antarctic system to global change, with an emphasis on atmosphere-climate-cryosphere interactions using remote sensing.

The key issue facing the Antarctic region is to understand how the current Antarctic environment will respond to global change and how those changes will influence the rest of the global system.  Global climate models have predicted that environmental changes will be amplified in the Polar Regions and the impact of these changes on the global system will be far reaching.  Rising sea level will cause many of our coastal cities to be flooded, and changes in the world climate and ocean current systems will impact our ability to feed the world's growing populations.  The Royal Society of New Zealand has identified sea level rise as one of the most important issues to affect New Zealand.

Our Atmosphere-Climate-Cryosphere Programme focuses on atmosphere-climate interactions; how those interactions are responding to environmental change, and the impact of those changes on the Antarctic cryosphere and biosphere. The programme uses a combination of surface observations, remote sensing techniques and modelling to provide a powerful framework for studying the near-surface climate of this remote continent, particularly in the Ross Sea region.

The programme also aims to establish the links between climate variations and changes in the cryosphere, including the mass balance of the Antarctic ice sheets, the dynamics of the outlet glaciers, and changes in sea ice properties in recent and historic time. Understanding the behaviour of the Antarctic Ice Sheet during past periods of global warmth is critical for predicting the response of ice sheets and ice shelves to environmental warming in the future.

Dynamics of the Antarctic atmosphere 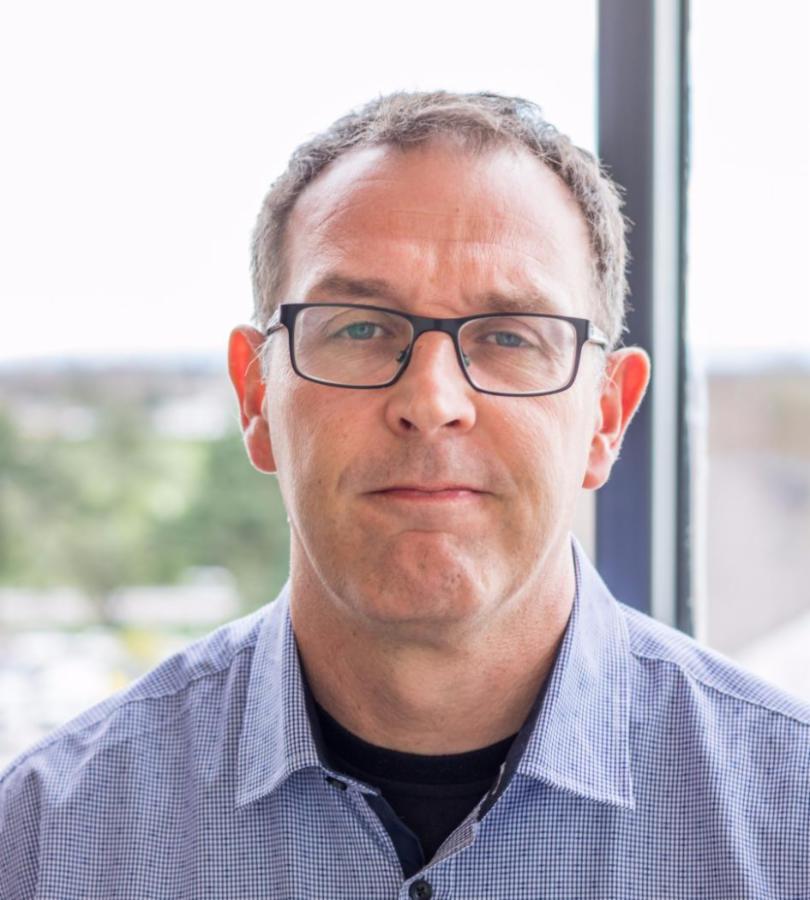 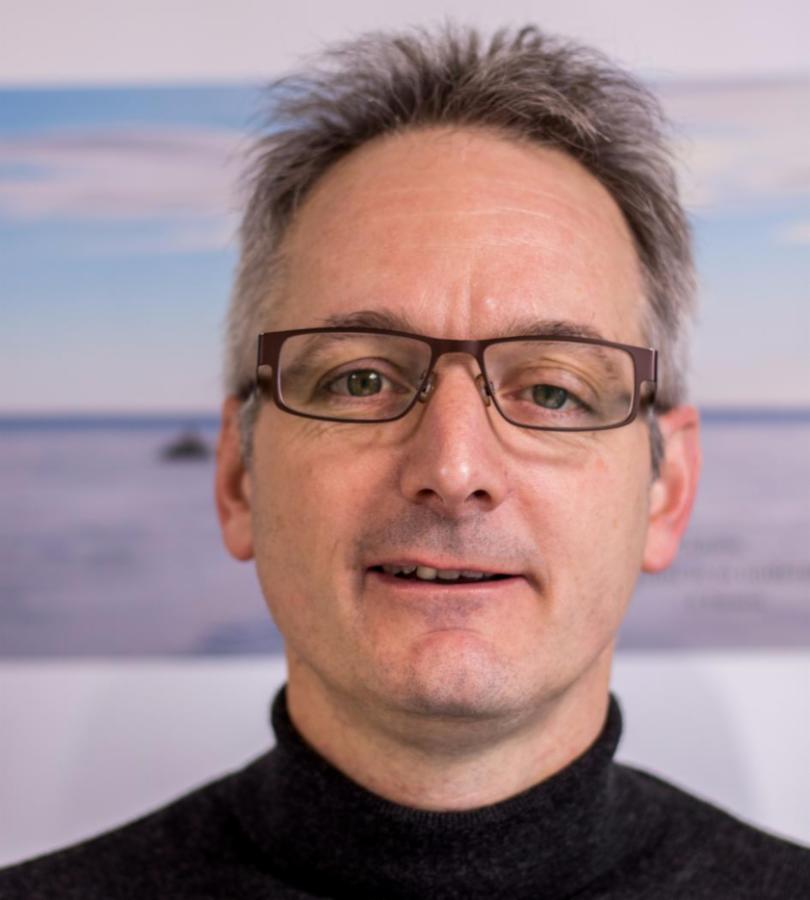 Mass flow of polar glaciers within the Transantarctic Mountains

In this project we investigate selected cryospheric polar key regions by remote sensing methods. Understanding the flow characteristics of Transantarctic Mountains outlet glaciers helps to understand the interaction between the Antarctic ice sheets in the eastern and western hemisphere. This is critical for predicting the response of ice sheets and ice shelves to warming over the next decades and centuries. New high resolution satellite data and ground data are being acquired and analysed for mapping ice flow, ice thickness and surface height. We expect to reveal changes in ice flow dynamics by applying highly accurate InSAR and feature tracking methods. The results are used to constrain numerical simulations of ice flow as well as to improve methods for the spaceborne measurements. This work is conducted within the FRST funded program PACaFI (GNS Science and Antarctic Research Centre, Victoria University of Wellington), and is part of the workpackage 'Ice-Sheet Modelling Contribution to the ANDRILL Programme'. Satellite data are received from the European Space Agency (project AO3.108 Vectra) and the German Aerospace Agency (projects: HYD1421 Precise dynamics and mass-balance near the grounding zone of outlet glaciers in the Transantarctic Mountains; XTI_GLAC0559 Tandem-X surface elevation on polar ice - validation and application in the grounding zone of Antarctic outlet glaciers).

This project uses Automatic weather station data, iButton surface and sub-surface temperature, and Eddy covariance measurements to characterise fluxes of sensible and latent heat, and  CO2 from the surface. A SODAR is used to get vertical profiles of temperature in the atmospheric boundary layer; short-wave and long-wave radiation to get a handle on the available energy to drive atmospheric and biological processes; an advanced computational model - Weather Forecasting and Research (WRF) - to complement the observational data set. Using the turbulence data we plan to find out the entropy budget of the Dry Valleys with a view to linking with ecological complexity of the region. We plan a detailed study of the turbulence spectrum using the Eddy covariance dataset. This is a purely fluid dynamics approach. Other work is using the iButton data to derive pseudo-vertical profiles, to understand winter dynamics of air flow, including persistent cold pools and the katabatic events. Also, we are planning to use dispersion modelling techniques to determine the degree of anthropogenic contamination of soil within the valley system. 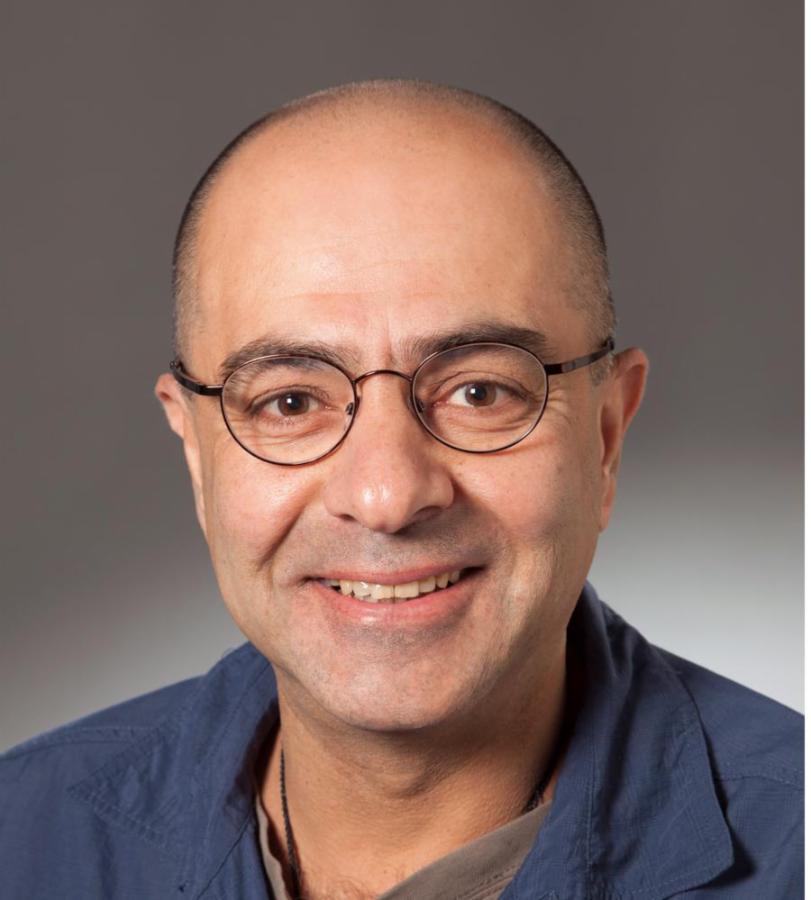 Recent studies show the accelerating shrinkage of the Greenland and West Antarctic ice sheets. If the observed trend in mass loss continues, the ice sheets will become the dominant contributors to sea level rise during the 21st century. The mass input by accumulation is one parameter required to deduce whether the ice sheet mass balance (the difference between mass gain and loss) is positive or negative. Mass gain is quantified by measurements of accumulation rates, which are the result of precipitation, sublimation, and wind erosion and redistribution of snow at a given location. The objective of this study is to use remote sensing methods for mapping snow accumulation in the dry snow zone of polar ice sheets. Satellite data are received from the Japanese Space Agency (AOALO 3741 Mass flow of polar glaciers and snow properties in Greenland and Antarctic key regions) and by the German Aerospace Agency (MTH-0123 Dry snow zone and accumulation mapping on polar ice sheets).

This research project, in conjunction with the University of Waikato, focuses on: describing and interpreting biocomplexity in the Ross Sea regions ice free area; linking landscape evolution; the history of glaciations; climate and environmental factors to biodiversity. The project aims to determine what physical factors control the distribution of biota in the McMurdo Dry Valleys and beyond, to enable us to make predictions about the future impact of climate change on Antarctic ecosystems. The project takes a landscape scale approach integrating the geological and geomorphological evolution of the Dry Valleys. One of the outstanding questions is the age of the post-glacial landscape and the timing of glacial retreat from the ice free regions, because the spatial and temporal evolution of past Antarctic ice sheets is considered to have had a major influence on the development of polar ecosystems. Surface exposure dating is being used to determine the timing of glacial retreat and to provide input into the biogeographic and evolutionary history of the area.

Links between climate, uplift and volcanism in the West Antarctic rift system

This research project is part of the ANDRILL Southern McMurdo Sounds Drilling Project.  Lower and middle Miocene shallow marine sediments, deposited in the subsiding Victoria Land Basin on the coastal plain seaward of the rising Transantarctic Mountains, record repeating lithological changes that reflect variations in sea-level, glacial proximity, and climate from non-polar climate conditions to Pleistocene maximum glacial conditions.  Distinct transitions in sand grain composition were identified by detailed petrographic modal analysis and SEM-Cathodoluminescence to identify recycling of quartz. ~50% of the quartz grains have been recycled through the sedimentary Beacon Supergroup before being eroded from the Transantarctic Mountains and deposited offshore in the Victoria Land Basin alongside angular grains, which have been derived directly from the basement Granite Harbour Group. The loss of Beacon/Ferrar and increasing abundance of marble and other basement-derived grains upsection indicate a broad unroofing sequence. However, variations in concentrations of Beacon/Ferrar derived grains indicate local derivation from the nearby Transantarctic Mountains versus more distal derivation. This suggests growth of local glaciers alternating with collapse during the Miocene possibly linked to the growth and collapse of the West Antarctic ice sheet. 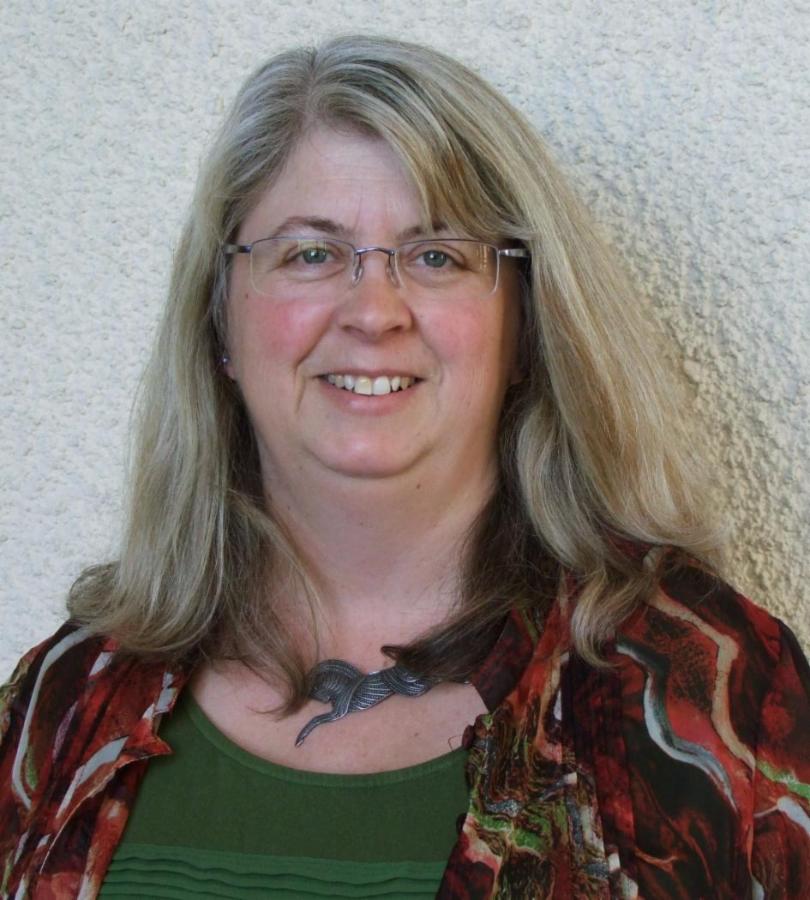 The project focuses on the wealth of information from early polar expeditions in the form of diaries and ship journals. This legacy stores valuable accounts of life and conditions in extreme climatic environments. Ship journals often provide exact data of their position and time, identifying the prevailing weather and sea conditions. Personal diaries also provide descriptions of weather conditions and can be useful in interpreting entries in ship journals. The impact of weather and ice conditions on the social situation aside, these sources are also useful for studying weather patterns during this time. The sparsity of data in the Polar Regions historically means this data has great value. An additional issue is the conservation of this historic data through digitalisation of transcripts, which makes it more accessible to modern research. The project investigates old collections of data to reveal information on historic weather and sea ice conditions in Polar Regions and their impact on the social life, and compare them with today’s conditions of changes in atmospheric patterns and ice coverage of the Arctic and Antarctic. Historic data are compared to new meteorological discoveries for a better understanding of the course of polar expeditions. To accurately complete this task, the methods used in observing weather phenomena have to be taken into account to remove any potential biases relative to modern measurement methods. By combining the skills of historians, physicists and glaciologists we can use this historic data to determine reference points which allow modern measurements to be placed in context. 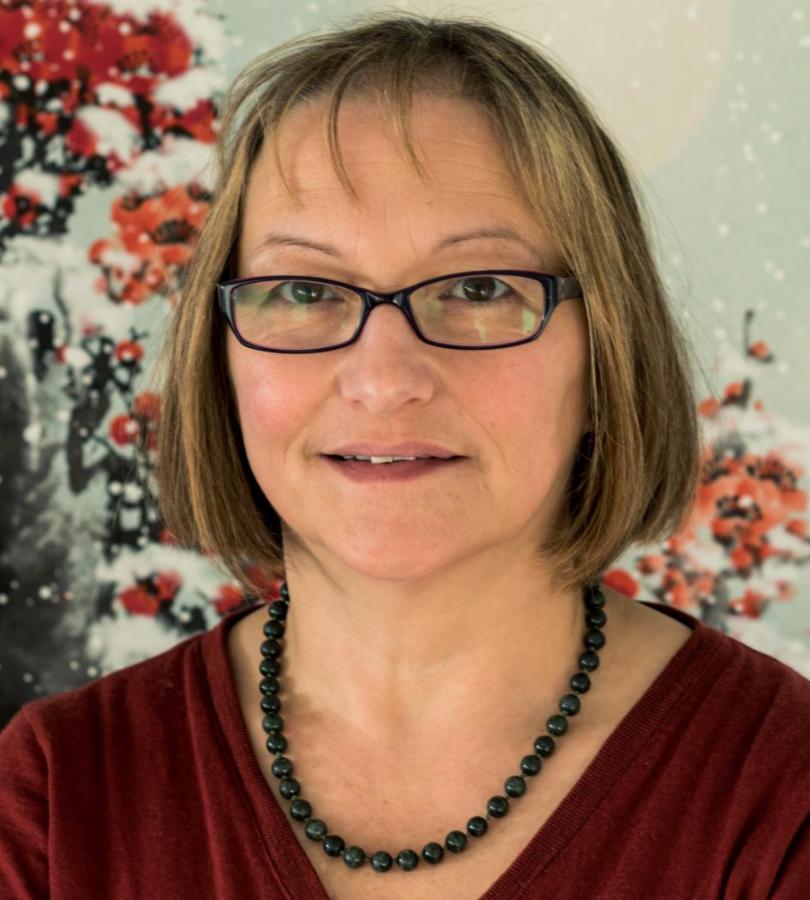