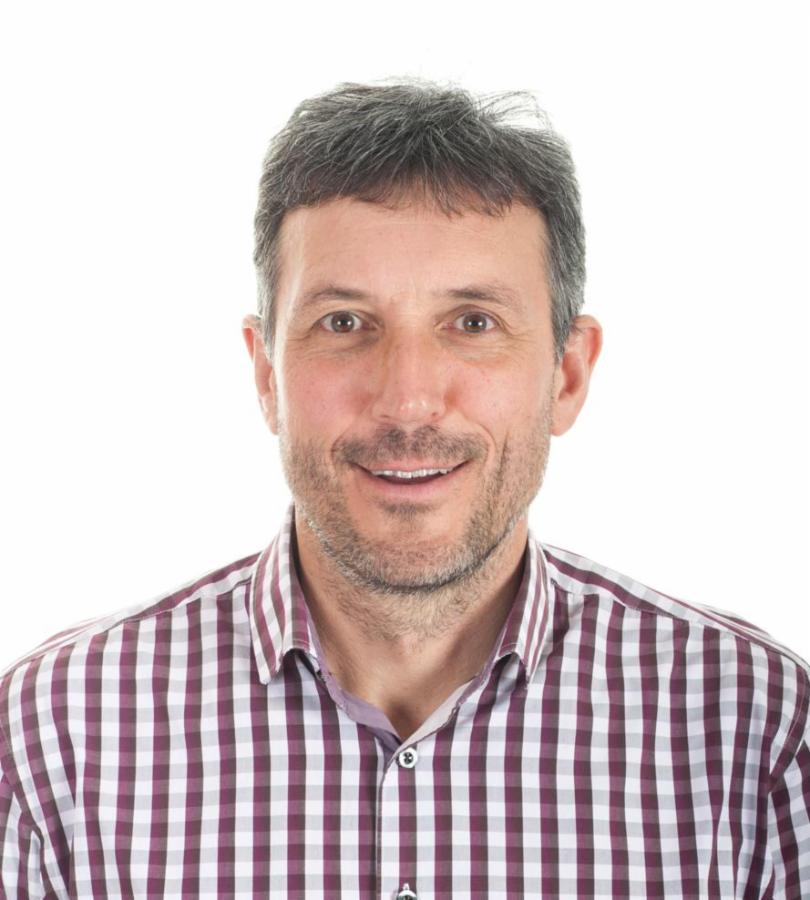 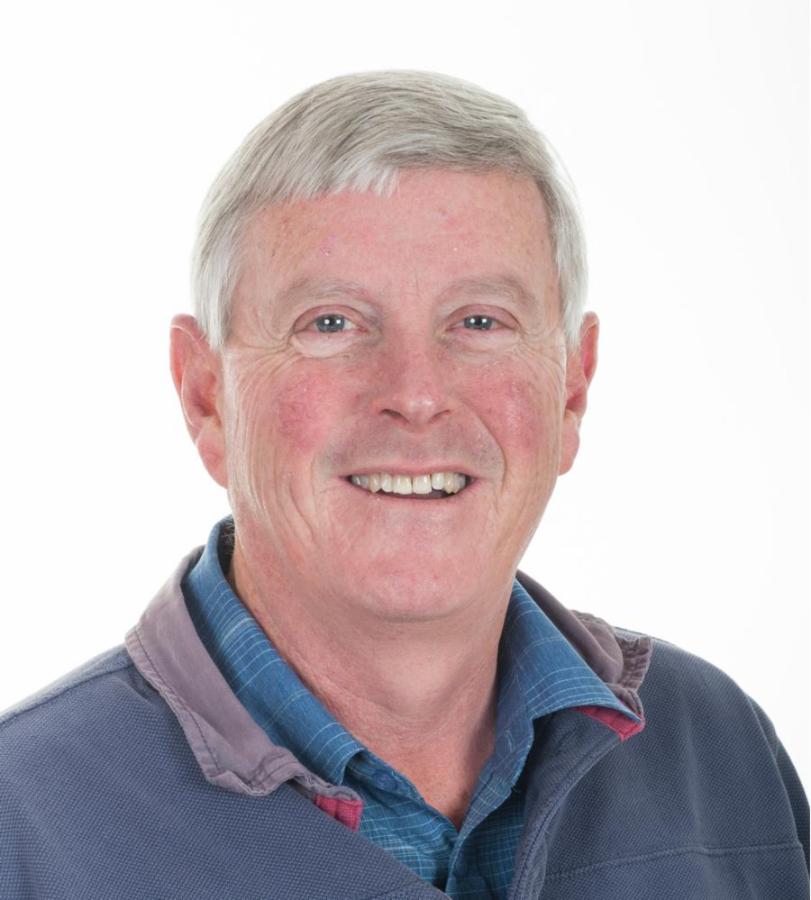 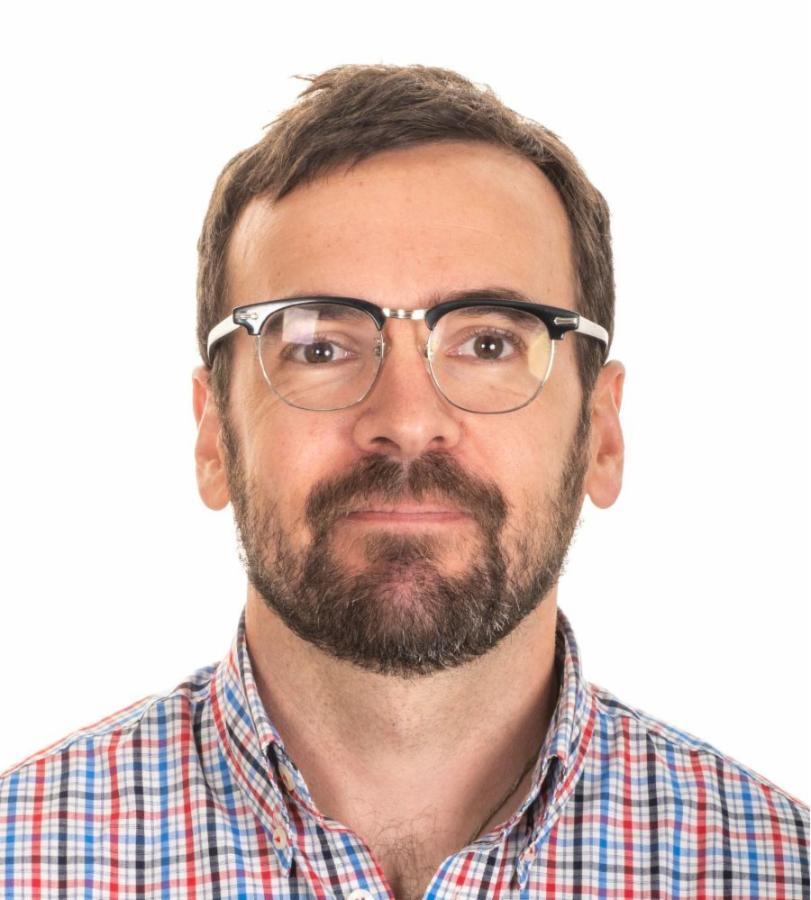 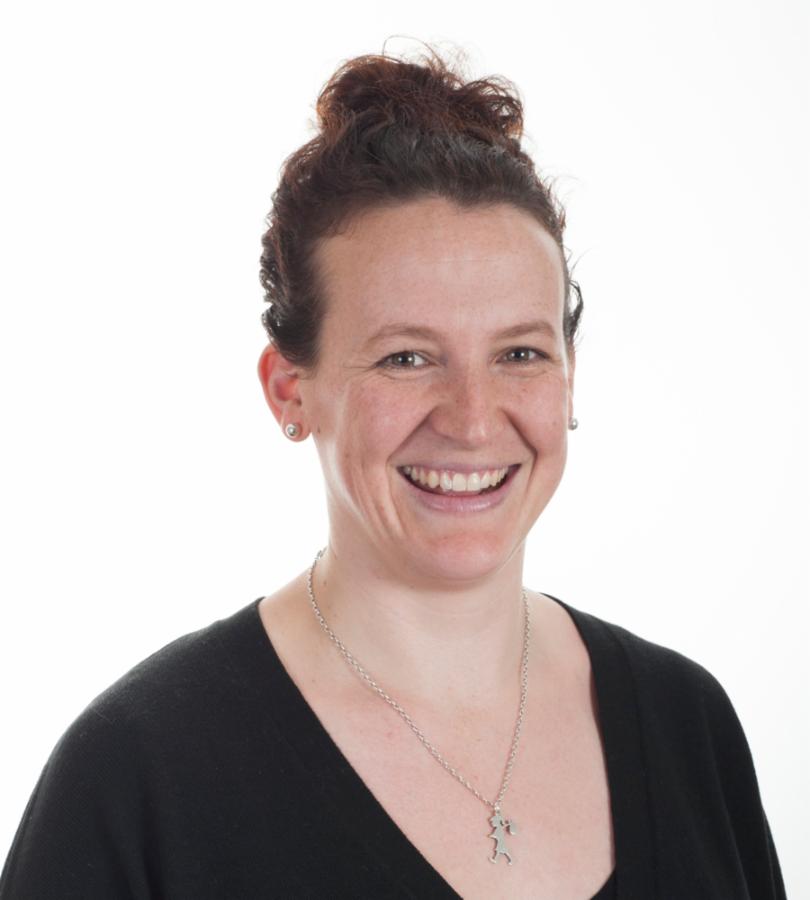 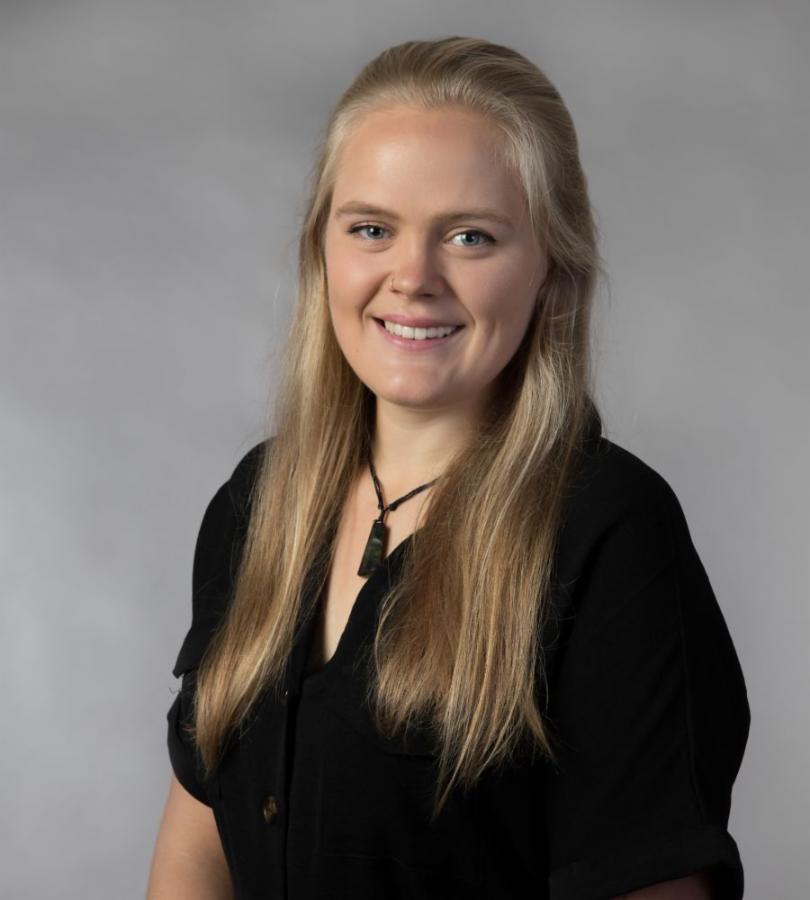 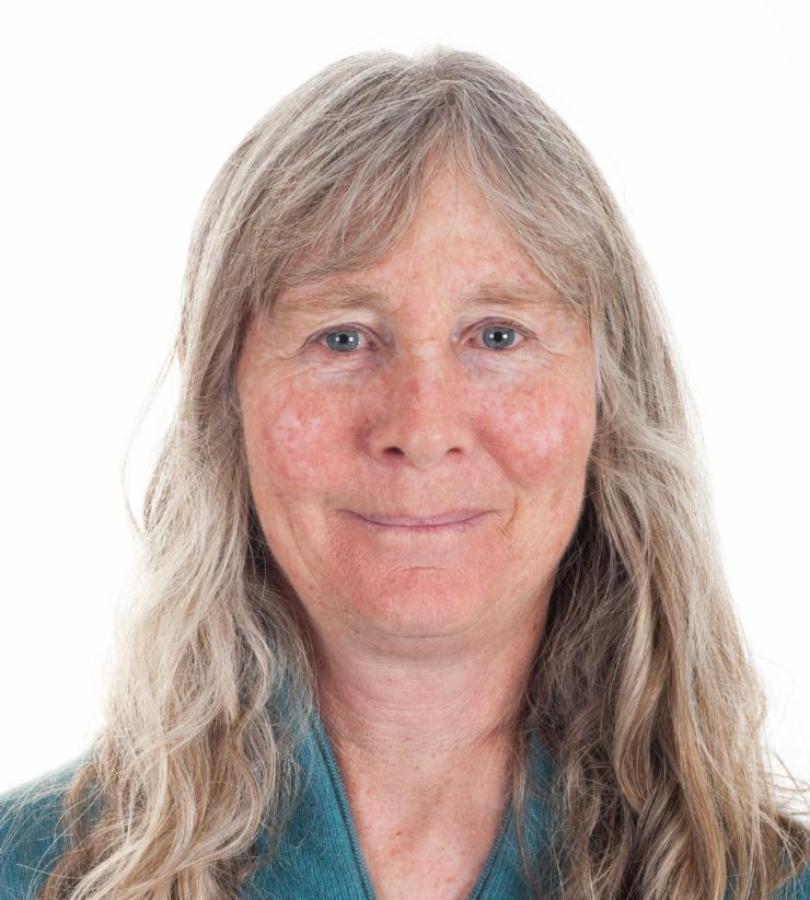 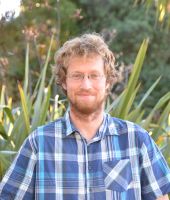 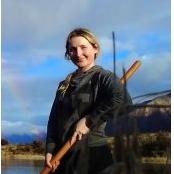 Channell Thoms
There are a number of research projects that have focused on the physical restoration of waterways and habitats, however, there is little known about reintroducing native species back into rehabilitated environments. Reseeding of native species that could potentially assist with stream rehabilitation is the most logical “next step” in stream restoration. Channell’s research focuses on using kākahi, freshwater mussels (Echyridella sp.) to act as a biological tool to assist with waterway restoration efforts. Kākahi are ideal candidates as they perform a number of ecologically important functions in waterways. These functions include acting as bio-engineers which can physically shape environmental habitats; bio-indicators, which can assist with assessment of water quality; and filter feeders, which may help with removal of particulates and contaminants. 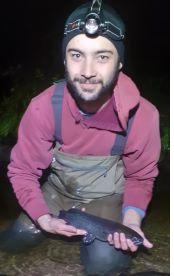 Ben’s research seeks to answer the elusive question of whether whitebaiting impacts the population dynamics of harvested kōkopu species and whether closing areas to whitebaiting contributes to species protection and increased production. To achieve this, Ben will monitor banded, shortjaw, and giant kōkopu populations within whitebaited and legally closed waterways on the West Coast of the South Island each month for a year. Using spotlights, the nocturnal kōkopu are caught at night with hand nets and placed in buckets to be measured. Environmental variables, such as pool volume and bank cover, are also likely to affect kōkopu abundance, so these are also measured at each site. This means the effects of whitebaiting can be more precisely evaluated. His research hopes to provide insight into the sustainability of the nationally significant, but highly controversial, whitebait fishery while ensuring that kōkopu and the whitebait fishery are preserved for future generations. 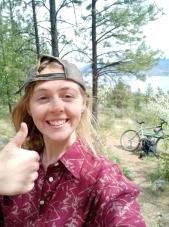 Braided river systems are rare worldwide and considered to have significant natural and cultural values in New Zealand. Holly is aiming to investigate how birds, fish, mammals, and invertebrates interact and connect across terrestrial and aquatic areas in these systems. She is working on the Cass River, in Tekapo, with stable isotopes to determine what a braidplain food web in a (mostly) intact braidplain system looks like. This work aims to enhance our understanding of rivers as highly connected systems that don’t just span an area covered by water in one point in time. It also aims to aid management decisions by identifying trophic connections that could occur on multiple scales and be impacted by changes that cascade into other areas of the system. 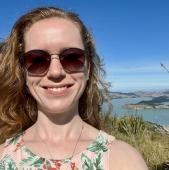 Species distributions are closely linked with the environment, and as such, alterations driven by climate change are expected to affect species’ ranges. Determining how the distribution of species will change in space and time is central to guiding decision-making of conservation actions. Gabrielle is exploring how a warming climate will affect the distribution of terrestrial Antarctic species, as part of the Antarctic Science Platform. First, she is aiming to understand what are the main ecological processes driving biogeographical patterns in Antarctica, to then inform hybrid distribution models to forecast species geographical ranges under novel environmental states. 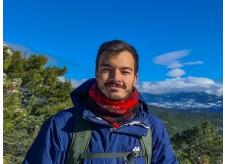 Anthropogenic climate change is exerting critical pressures on freshwater ecosystems leaving them in an extremely vulnerable state. Understanding how changes to global temperatures and precipitation patterns will alter river ecosystems will facilitate better preservation of this biodiversity. Ignacio's research focuses on community structure of riverine fish and the relationship with flow regimes. Different flow regimes will create alternative assemblages and, thus, climate change-induced changes to flow regimes will have a great impact on riverine fish communities. Ignacio will model the flow-ecology relationship of riverine fish to, then, extrapolate this relationship to future climate scenarios, to unravel how fish assemblages will be under different climate change predictions. This will serve to inform decision making and more effective conservation measures implementation. 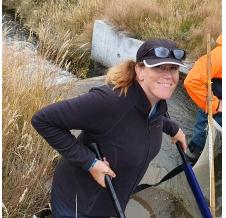 Freshwater biodiversity worldwide is under increasing pressure from a range of human-related pressure. One of the most detrimental is the many invasive fish species, often deliberately introduced, that are contributing to declines in abundance and range of native fishes. In Aotearoa New Zealand, non-migratory galaxiid fishes are highly threatened with 94% of species at risk of extinction. Introduced sports fish (trout) have had a large impact on small endemic NMG populations. One promising tool in the protection of native fish is isolation management, with the deliberate use of barriers to exclude invaders. Martha’s research involves the use of deliberate fragmentation to protect native fish species, without causing extirpation through isolation. 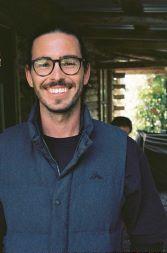 We are already seeing larger, more frequent floods in NZ because of climate change, but we don’t fully know how these floods will affect our native species alongside other pressures. My project aims to explore the relationship between native non-migratory galaxiids, introduced trout and flood disturbance. Using mark and recapture techniques across Arthur’s pass, I am investigating how native non-migratory galaxiid populations are recovering from the May/June 2021 Canterbury floods while in the presence of introduced trout. By doing so, this project can better inform management of our native fish against threats of introduced species and climate change, to ultimately help preserve our native fish in future with climate change predicted to worsen. 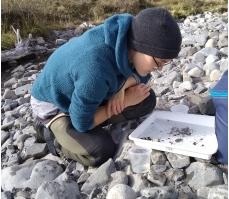 Droughts are forecast to become increasingly frequent on the east coast of New Zealand’s South Island due to climatic change and increasing water abstraction. However, most knowledge around the effects of drying on aquatic fauna is for charismatic vertebrates such as fish. Elysia’s research hopes to address this by improving knowledge on the effects of droughts on stream invertebrates. Her research will describe how and why aquatic insect communities change as streams start to dry. This will be achieved by studying how invertebrate behaviour (such as drift and emergence) and invertebrate interactions (such as predation and competition) change along a spatial gradient of drying. Elysia will be conducting surveys across six drying streams and using experimental mesocosms which manipulate the interactions between aquatic invertebrates. 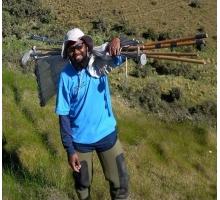 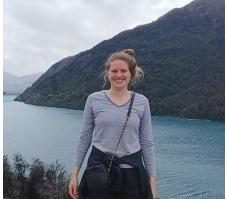 To overcome the logistical and technical challenges associated with sampling a braided river, Inge will use a new molecular sampling technique, environmental DNA (eDNA). eDNA is an integrative tool that can be used to provide information on both the terrestrial and aquatic diversity present in braided river landscapes. This will be measured at multiple scales to identify the roles that heterogeneity and human-driven alterations have in driving the overall biodiversity in Canterbury’s braided rivers. She aims to address the legitimacy of using eDNA as a biomonitoring tool in braided rivers to assess current biodiversity and potentially future changes. Ultimately, this work will provide novel information that could guide decision making about key but vulnerable habitats, and result in improvements in our understanding of braided river biodiversity.