Aisling is using conservation genomics tools to help rehabilitate our freshwater ecosystems for our future generations. For her PhD, she is privileged to work in partnership with an exceptional team including mana whenua, conservation practitioners and primary industry to improve resilience in the declining mahinga kai species kēkēwai/kōura/freshwater crayfish. Together, they are using a combination of genomic and non-genomic information to inform management of kēkēwai (e.g., translocations) to enhance conservation, customary and commercial outcomes. Aisling also loves getting outdoors and working with fellow students and the Ōtautahi community as part of UC’s Student Volunteer Army. 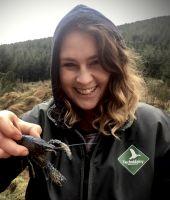 Understanding how biotic filters (i.e. species competition) can shape macroinvertebrate communities in freshwater systems could be important for improving biological restoration. My thesis will focus on the interactions between Potamopyrgus antipodarum, a freshwater snail that can dominate restored Canterbury low land streams, and colonizing mayflies, caddisflies and stoneflies. I will use both in-stream mesocosms and artificial stream systems to identify the mechanisms by which P. antipodarum, at high densities, interacts with other macroinvertebrates. I also hope to identify how increasing P. antipodarum densities affects the interaction strength, and at which density the interaction strength is significant enough that they start to exclude other macroinvertebrates from colonizing and establishing. Subsequently, this density could be used as a guideline for restoration projects, by reducing snail numbers to a certain level, it may facilitate the re-colonization of other macroinvertebrate species. 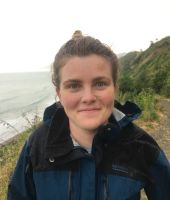 Most streetlights around New Zealand are being converted from high-pressure sodium lamps (HPS) to more energy efficient light emitting diodes (LEDs) by mid 2021. Little is known about the effect of artificial light at night on freshwater environments. Jessica’s research aims to determine the influence of LED lighting on freshwater insect communities. She is particularly interested in how a range of colour temperature LEDs with differing spectral profiles affect freshwater adult insects in the Christchurch and greater Canterbury area. She is also looking into how distance of LED lights from streams affects the attraction of freshwater adult insects to LEDs. Jessica’s research, as part of a larger NIWA project, hopes to improve knowledge of the ecological effects of LED lights at night. 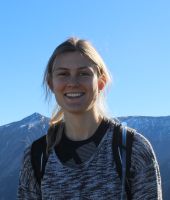 Issie is working on a novel approach to stream restoration, targeting the lack of biological recovery observed after physical stream restoration measures. She hopes to show that lack of community recovery is a result of ‘negative resistance and resilience’, whereby degraded stream communities become extremely stable, leaving them trapped in their degraded state even after physical stream conditions improve. Through a series of mesocosm experiments and a trait-based meta-analysis of existing community data, Issie aims to develop and test a ‘push-pull’ method for stream community restoration, first destabilising the degraded community (‘push’) then helping to establish a healthy one (‘pull’). 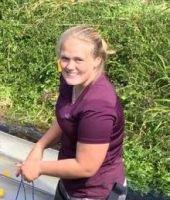 Alpine tarns are data deficient ecosystems in New Zealand. Alex’s research aims to create baseline physical and chemical data for these systems. She also aims to compile macroinvertebrate community data. During her research Alex has surveyed a number a tarn clusters at various elevations and locations in the Canterbury and Westland regions, and taken macroinvertebrate and plant samples for taxonomy and stable C and N isotope analysis. Using the C and N signatures she hopes to be able to construct food-webs for these tarns and even help to inform future management action. 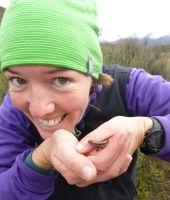 Stream restoration projects are often successful in improving stream physical conditions, however, the associated recovery of biodiversity is failing. Tolerant biotic communities, consisting of species such as the small mud snail Potamopyrgus antipodarum, dominate degraded stream ecosystems and persist after physical stream restoration has occurred. Recent work suggest that these restoration resistant communities are preventing colonisation of more-desired fauna (mayflies, stoneflies, caddisflies). Amy's research will involve a series of mesocosm experiments investigating a novel way to displace mud snails through predation by freshwater crayfish Paranephrops zealandicus, and tests whether this interaction can then enhance the success of desired colonisers. 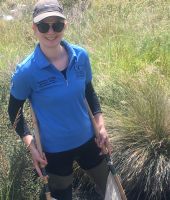 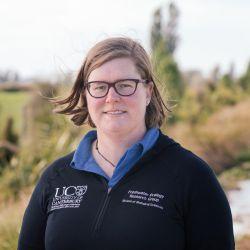 Steve completed his PhD in 2019. His thesis was centred on the macroecology of New Zealand mayflies, with specific aspects investigating diversity, distribution, body-size, taxonomy and genetic population structure. His research included an experiment evaluating optimal light sources for use in insect biodiversity surveys, and a comprehensive nationwide survey that considerably improved our knowledge of the mayfly fauna. Other contributions included an annotated species checklist, a genetic library of DNA sequences and the development of a mayfly database of species records. 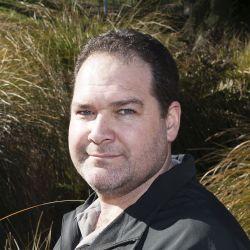 Justin finished his PhD in 2019. He investigated changes to stream food web structure in response to acid mine drainage using proxy variables and modelling techniques. He also developed a novel method for inferring predator-prey interactions in food webs. 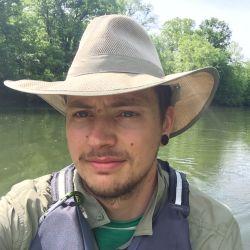 Alice finished her MSc in 2019. Her research investigated the distribution, ecology, and conservation of regionally endemic stream invertebrates found on Canterbury’s Banks Peninsula. Alice used regional and river classifications to help explain the spatial distribution and habitat preferences of these threatened endemic species. 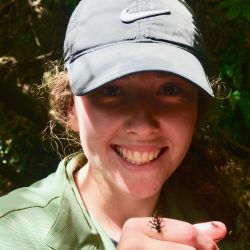 Bridget completed her BSc honours in 2019. Using experimental mesocosms, she looked at the role of predator-prey interactions in the failure of recolonization of abiotically restored streams by desirable freshwater invertebrates. Bridget also explored how the presence of incredibly high numbers of defended prey, such as snails, in abiotically restored systems can drive behavioural changes in potential colonisers. 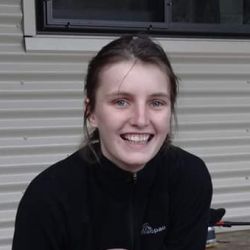