The funds to restore the telescope have been generously donated by UC Alumnus Professor David Teece, but funds are still sought for education and outreach programmes and future maintenance.

In October 2015, UC announced that the quake-damaged Townsend Telescope would again search the starry skies above the Arts Centre in central Christchurch, thanks largely to the generosity of an American alumnus.

A rare scientific instrument, the telescope was made in 1864 by Thomas Cooke and Sons of York, England. It was gifted to Canterbury College in 1891 and has been housed in the Arts Centre Observatory Tower since it was opened in 1896.

For more than a century, the telescope was available to the public on clear Friday nights and introduced people of all ages to Astronomy.

UC Vice-Chancellor Dr Rod Carr announced that the telescope will be renamed the Townsend Teece Telescope.

Based in Berkeley, California, noted economist and UC Alumnus Professor David Teece, his wife Leigh Teece, and their family have donated funds to restore the historic telescope so that people will once again be able to view the stars above Christchurch city.

“We like the fact that on Friday nights, and perhaps Saturdays too, it will bring young kids to the old gothic tower to view the heavens,” Professor Teece said. The Teece family was also pleased to be part of the Christchurch and university rebuild.

“We are thrilled and grateful for the support that the Teeces and their family have given the University of Canterbury over many years,” Dr Carr said. “We hope to continue this close relationship and look forward to seeing the telescope restored to its rightful place in the University’s historic base in the central city.

Professor Teece studied at the old University town site and received an Honorary Doctorate from UC in 2007.

Despite being damaged when the Arts Centre Observatory Tower collapsed in the February 2011 earthquake, the telescope’s six-inch refractor lens miraculously survived intact.

The telescope is badly damaged but miraculously the objective lens was completely unscathed. The delicate gears of the clock drive and governor that drove the telescope in right ascension were also recovered and are not badly damaged. The telescope tube is not a pretty sight, but the whole instrument can be restored. Also found in the rubble was the telescope log book in which the June 1996 event to mark the centenary of the telescope’s installation at the Canterbury University College was recorded with an attendance from many in the Department as well as by Sir Arnold Wolfendale, the UK Astronomer Royal of the time.

The Townsend Teece Telescope will be restored over the next three years by Graeme Kershaw, Senior Technician in the UC Physics and Astronomy Department. It will then be reinstalled in the Arts Centre Observatory Tower after it is rebuilt.

The collapse of the observatory tower in the February 2011 became one of the most striking signs of damage within the Arts Centre. Further damage included partial collapse of most of the gables on the two biology structures, a collapsed chimney and walls on the observatory building.

Read more about the rebuild of the Observatory tower on The Art Centre of Christchurch webpage.

The Townsend Teece Telescope was made in 1864 by Cooke and Sons of York and London. Whether it was made for James Townsend or not is not clear, nor is the exact time of its arrival in New Zealand. However it is known that James Townsend used it to observe the 1882 transit of the Sun by Venus. The telescope was installed at James Townsend's home in Park Terrace until, in his seventies, James Townsend wished to donate his prize possession to the community.

In 1891 James Townsend presented Canterbury College with the Cooke 6-inch refractor telescope. At the same time the Astronomical Society of Christchurch offered to hand over their funds (about £420) on the understanding that the college would erect an observatory. Sadly Townsend died in 1894, before he could see his gift honoured.

Originally the dome used to house the Cooke refractor was constructed of canvas and wood. This had to be replaced in 1914 by another dome constructed of the same materials.

By the time of the big snow in 1945, the dome had rotted again so that a replacement was again required.

It was to be another five years before the dome was replaced. This time however, Bernie Withers of the University Electrical Engineering Department had designed a solid steel geodesic dome. So in 1950 this dome was installed, and still provides much better protection from the elements and birds.

The Townsend Teece Telescope is the only part of the Arts Centre still owned by the University of Canterbury. Each year of operation the Department of Physics and Astronomy appointed a student as the Townsend Observer. Public viewing was held during the months of the year when there is no daylight saving.

The Townsend Teece Telescope underwent a restoration in the late 1970's to near new condition and offered good views of the Moon, planets, stars and star clusters and other bright objects. In late March 1996, the Townsend observatory reached its first 100 years.

The Townsend Observatory was located in the Christchurch Arts Centre (Hereford Street side) and was opened to the public on clear and partly cloudy Friday nights during New Zealand Standard Time (outside daylight savings months). These public viewing sessions were operated free of charge for the promotion of astronomy.

You can donate to the future of the Townsend Telescope via the Townsend Observatory Restoration Fund on the UC Foundation donation page. 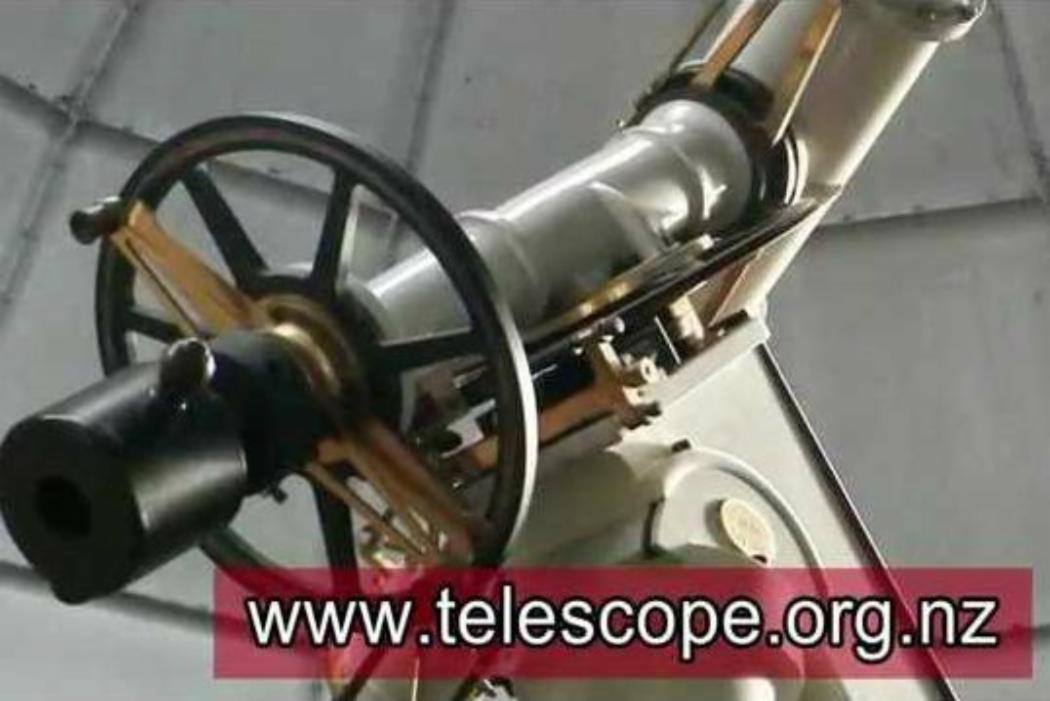