While most people are taking it easy over the summer break, a University of Canterbury student is gearing up to swim 300km around a South Island lake, making a splash for mental health. 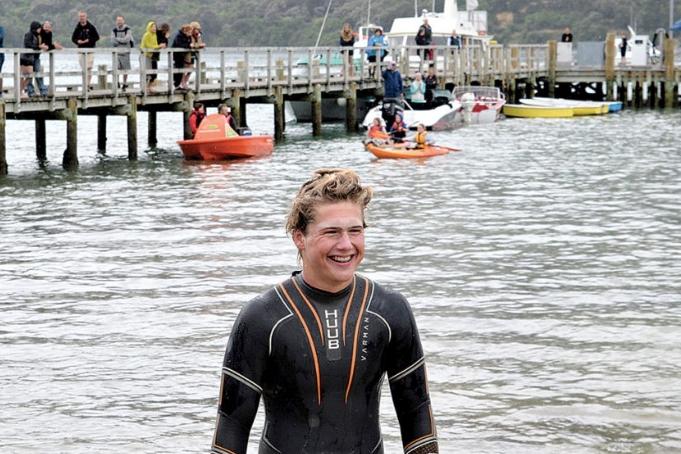 In a fundraiser for Mike King’s ‘I am Hope’ charity, second-year student George Glover will begin his long-distance swim around Lake Rotoiti, in Nelson Lakes National Park, on Friday, 28 January.

George, 20, is planning to swim around the edge of the lake over the course of a week, finishing on Waitangi Weekend. Guest kayakers and swimmers will join him for some of the stages, including Mike King and and former World Triathlon and Commonwealth Games champion Rick Wells on the first day.

“This is by far the most challenging adventure I’ve dreamt up,” he says. “When you’re out there, it’s just you that you can rely on and there’s no going back. I know I’ll be in the right head space and give it a good crack.”

The former competitive swimmer is training hard for his big swim, including going to the gym most days and swimming up to 80km a week. Half of his swimming sessions are in the pool and half are in the sea.

His fundraising goal for the effort, which he is calling Black Dog Swim, is $100,000, which will provide more than 800 counselling sessions for New Zealand’s most at-risk youth through the ‘I am Hope’ charity.

George says the cause he has chosen is one that’s close to his heart. “A big part of it is the challenge and making myself uncomfortable. But it’s also about getting people talking about mental health and the challenge of talking to others. My generation has been taught to listen, but listening is no good if people aren’t talking. It’s also important that people know how to respond if someone needs to talk – there is a real need to get those skills out into the community.”

George is no stranger to impressive challenges to raise funds for youth mental health. In 2020 he raised more than $60,000 for ‘I Am Hope’ by swimming the 61.5km length of the Queen Charlotte Sound and back again, totalling 123km – five times the Cook Strait swim distance. To date he remains the only swimmer to have completed this swim.

His original plan for his next fundraiser was to swim up the east coast of the South Island from Christchurch to Blenheim, his home town, but unfavourable weather conditions made that impossible and he has opted for a lake swim instead.

George has been working with the University of Canterbury Athlete Academy Programme and he is currently studying towards a Bachelor of Science in Psychology and Sport Science and a Bachelor of Commerce, with the aim of continuing to explore the link between mental health and sport. He is also the President of Lads Without Labels – a student-led club dedicated to improving men's mental health in and around campus.