Urbanisation and climate change may increase mosquitoes in New Zealand

Changes in climate and land use are bringing significant changes to mosquitoes’ habitats and life cycles, which may increase exotic, potentially disease-carrying, mosquitoes in New Zealand, University of Canterbury research has found. 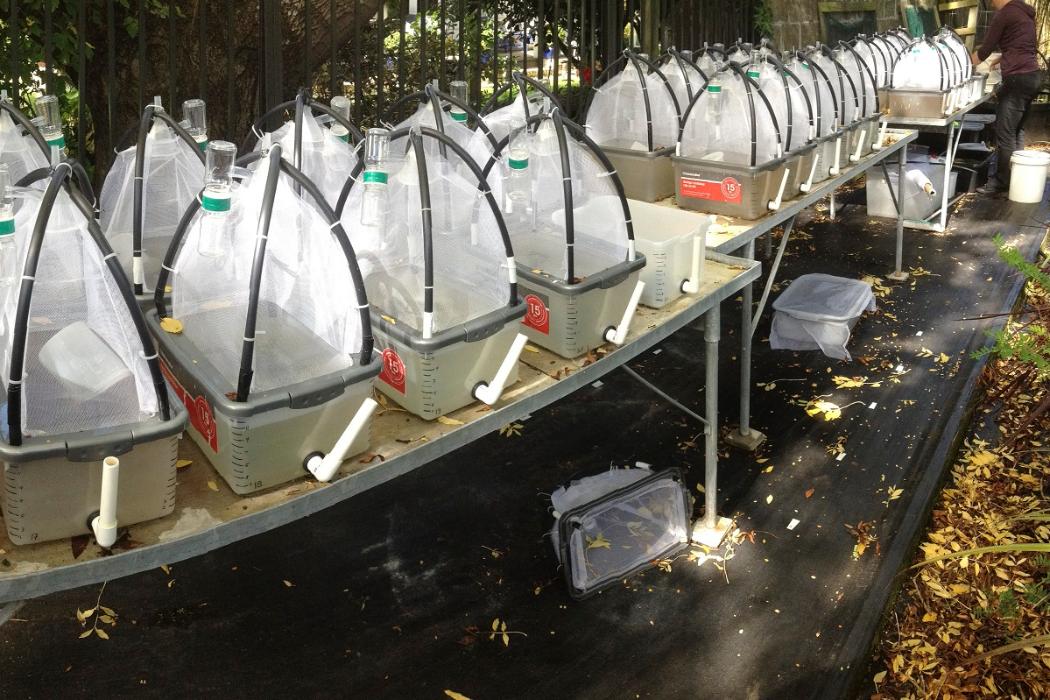 The researchers looked at how mosquito numbers and species might change in New Zealand because of climate change, and how this can be affected by land use, such as urbanisation. Photo: Angus McIntosh/University of Canterbury

Changes in climate and land use are bringing significant changes to mosquitoes’ habitats and life cycles, which may increase exotic, potentially disease-carrying, mosquitoes in New Zealand, University of Canterbury research has found.

The paper, written by University of Canterbury (UC) Master’s student Sophie Hunt, along with Dr Mark Galatowitsch and Professor Angus McIntosh of UC’s School of Biological Sciences, was published recently in the ecology journal Freshwater Biology.

“Our research looked at how mosquito numbers and mosquito species might change in New Zealand because of climate change, and how this can be affected by land use, such as urbanisation. This is really relevant at the moment, especially because of the exotic Culex mosquitoes found near the Kaipara Harbour in the North Island,” Ms Hunt says.

What the researchers found

“We researched how mosquitoes were affected by land use, such as urban versus native forests, and climate, such as rainfall and temperature differences. We looked at two species that are commonly found here in New Zealand and which people are probably familiar with as they are trying to get to sleep: Culex pervigilans, which is a native mosquito, and Aedes notoscriptus, a stripy-legged Australian invader,” Ms Hunt says.

Mosquitoes spend the early stages of their life cycle in standing water habitats, like ponds, puddles, and water containers. The researchers found that climate and land use affect both mosquito habitat quality (how suitable the habitat is to mosquitoes) and habitat quantity (how many potential habitats there are in a location). For example, warmer habitats can make mosquitoes and the other insects living in the water eat more, faster, and go through their life cycles faster.

“At the same time, warmer water means the predators also eat more, faster. We found that different mosquito species react slightly differently to the change in temperature, and to predation,” she says.

“These effects can be more pronounced when land-use is taken into account. There are more, smaller, warmer habitats available in human-modified environments, and these are also less likely to contain other insects that might be predators of mosquitoes.”

The earth is undergoing significant change, including climate change and the way we use the land, affecting which species are present.

“We are seeing an increase in non-native species and decreases in native biodiversity, and this is resulting in new species interactions. This has flow-on effects for humans, because some of these new species can bring disease, such as mosquitoes. The way that species interact with each other is important, because some species can help to control numbers of unwanted species like mosquitoes,” Ms Hunt says.

“It’s not all doom and gloom. It’s important to remember that we have an element of control over the situation – we can create habitats that support predatory insects that act as natural biocontrols against mosquitoes. And not all mosquitoes are bad – most of the New Zealand native ones don’t even bite humans, and they can act as pollinators.”

Ms Hunt earned her MSc with this research and is working in insect science at Plant & Food in Auckland. Dr Galatowitsch, who earned his PhD in ecology from UC, is an Associate Professor at Centre College in Kentucky, United States. Professor McIntosh is the Deputy Head of the School of Biological Sciences at UC in Christchurch.

According to the UC researchers:

In New Zealand we already have 15 mosquito species (plus one recently found near the Kaipara Harbour, Culex sitiens), 12 of which aren’t found anywhere else in the world. People often don’t realise we have so many here because most of them probably don’t feed on humans. Currently none of them carry human disease.

We also know that climate change is changing the potential distribution of mosquitoes that do carry disease, which means it is possible that in the future we will have disease-carrying mosquitoes.

We can help to decrease the chance that exotic mosquitoes set up camp here in New Zealand by emptying out standing water habitats like car tyres and containers of water in our gardens, and by creating habitats that might encourage insects that like to eat mosquito larvae (like dragonflies, damselflies, beetles and bugs), like permanent ponds with lots of habitat complexity (e.g. natural wetlands, back-yard ponds). If we can make habitats more attractive to those predators then we might also be able to keep the mosquito population size down, in turn decreasing the likelihood of disease transmission becoming a problem.

A great place to go if you find an insect and want to know what it is Naturewatch.org.nz. Upload a photo and someone will identify it for you. You can also find more information at the Landcare website and Ministry of Health.