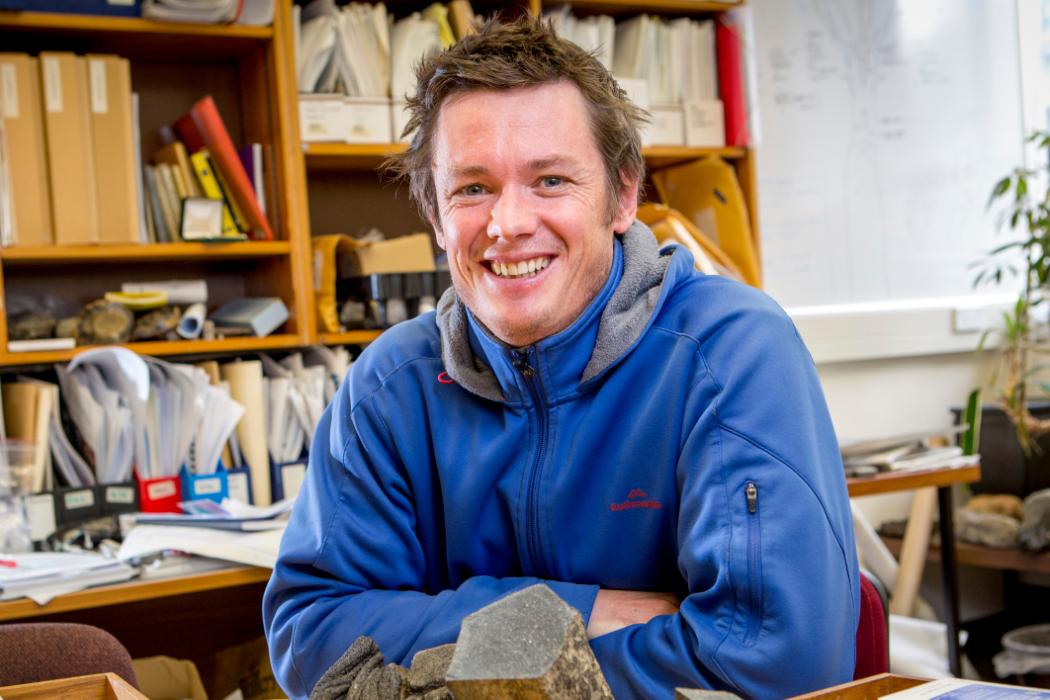 “The students ultimately have to work out how to ‘save the planet’ by finding and safely extracting renewable energy from a volcano,” UC volcanologist Associate Professor Ben Kennedy says.

Students from Te Kura Kaupapa Māori o Te Whānau Tahi in Christchurch were the first to test the game this week.

“One group jumped out of their seats celebrating when they got the right answer,” Dr Davidson says. “It was really exciting to see it all come together and see them having fun. Hopefully it inspired some of them to think about a career in science or engineering in the future.”

Dr Kennedy says the game enables the students to experience science through educated play and by becoming the stars of the game.

“The students ultimately have to work out how to ‘save the planet’ by finding and safely extracting renewable energy from a volcano,” Dr Kennedy says.

“It puts the students in the role of the geologist or engineer, saving planet earth from a potential environmental disaster.”

Dr Kennedy and Dr Davidson came up with the idea for the game while watching the 2005 disaster movie Supervolcano about a massive volcanic eruption, which used 3D imagery to show the geological processes behind the eruption.

“We thought it would be really cool to try and replicate the 3D holographic effects in the classroom, especially as a way to inspire younger kids and get them excited about geology and how it makes a difference in the world,” Dr Davidson says.

The game sees students work in teams of four to role play as scientists or engineers trying to drill into a magma chamber to extract its power. Each team member is assigned a job (geophysicist, environmental risk manager, volcanologist, or drilling engineer) and watches entertaining videos relating to their role. The team members then share their knowledge, as real scientists and engineers would, to identify such things as the location, depth and budget of the drilling. They input their answers into an online form. At the end of the game, they get to see the consequences of their proposed solution visualised in a 3D hologram.

“Its characters are a bit silly and hopefully make the students laugh while they’re learning, but we also hope there’s some excitement,” Dr Kennedy says.

“Drilling too deep could initiate an eruption and kill everyone. But, get it right; and you can cool down the magma chamber, reduce the risk of a large eruption, make renewable energy and save the earth!”

The project received $30,000 in funding from the Unlocking Curious Minds 2017 funding round, administered by the Ministry for Business, Innovation and Employment. UC provided in-kind support through staff time, use of equipment and facilities.

The UC scientists hope to share the game with other schools, museums and educational centres around New Zealand.

When they’re not lecturing at UC, Dr Kennedy and Dr Davidson travel the world studying volcanoes and their landscapes. Dr Davidson has been to every continent for his work, while Dr Kennedy is currently working on the real-life version of the game – a ground-breaking international project to drill into the magma chamber of Iceland’s Krafla volcano to explore its potential for renewable energy.

“We’re on the cusp of a globally unprecedented feat of science and engineering where scientists are about to drill into the magma chamber of a volcano, for the first time. The actual drilling is still waiting to obtain full funding but when it happens it will be a global event akin to the moon landing,” Dr Kennedy says.

The game incorporates real-life examples from Dr Kennedy’s Krafla research into its plot.

“This is a rare opportunity to use science to stimulate the imagination of students and involve them in this journey to the centre of the earth.”

Dr Kennedy, who last year won a New Zealand Tertiary Teaching Excellence Award for his inspiring and engaging teaching, says he is always looking for ways to make learning fun and more engaging for students.

“We can’t keep teaching the way we’ve always taught and expect our students to stay engaged – not when we’re competing with gaming technology and Hollywood special effects. As teachers we need to keep up and stay relevant – this game is just one of the ways we’re doing that.”