University of Canterbury scientists are part of a global research collaboration into the environmental impacts of dry riverbeds, with their findings published today in a new paper in one of the world’s top scientific journals. 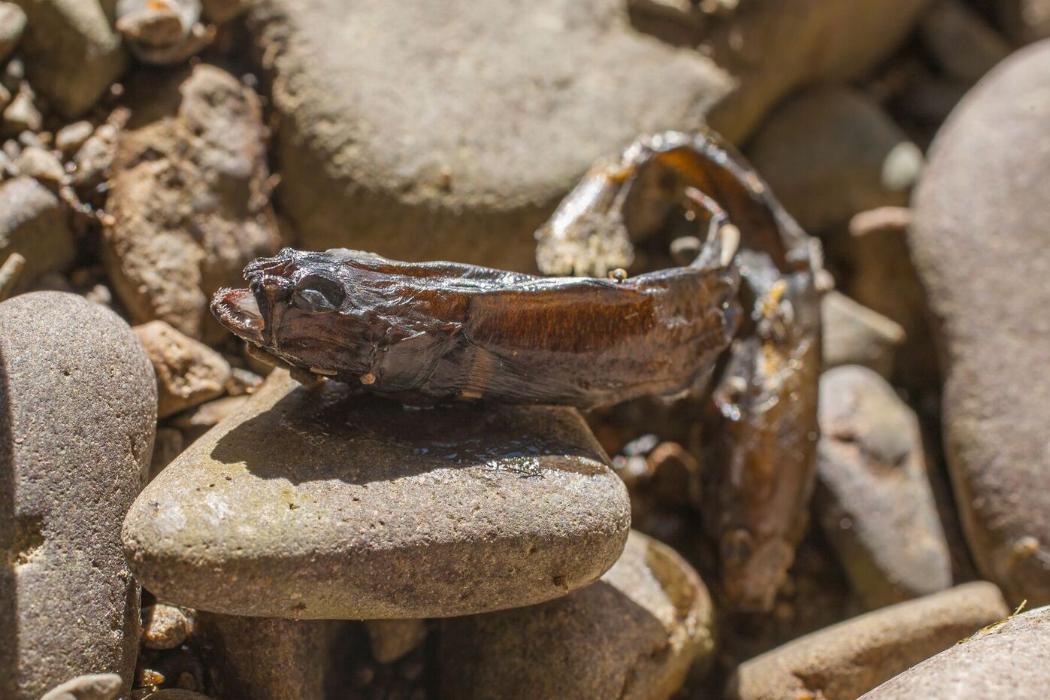 This is the first piece of research published from this collaborative study involving 94 international partners from 22 countries studying the dry beds of 212 rivers from round the world, including Canterbury.

University of Canterbury scientists are part of a global research collaboration into the environmental impacts of dry riverbeds, with their findings published today in a new paper in one of the world’s top scientific journals.

New Zealand researchers, Professor of Freshwater Ecology Angus McIntosh and Dr Catherine Febria, of the School of Biological Sciences, UC College of Science, have been part of a global team from 22 countries evaluating what happens to plant litter that falls into in river beds when they are dry (i.e. not flowing). They co-authored the paper titled ‘A global analysis of terrestrial plant litter dynamics in non-perennial waterways’ which was published today in Nature Geoscience.

“People might feel that a pile of plant litter accumulating in a dry river bed couldn’t possibly contribute to global climate warming, but the surprising reality is it very likely is,” Professor McIntosh says.

When the water returns, the accumulated leaf litter decomposes very rapidly in association with intense biological activity. This activity releases large amounts of carbon dioxide into the atmosphere. Because the contributions of these drying rivers haven’t been included in global carbon accounting previously, this could be very significant, Professor McIntosh says.

“This is especially important because, surprisingly, intermittent streams and drying rivers are thought to include more than 50% of the river length world-wide,” he says.

“We’ve discovered a previously unmeasured yet important impact that river drying likely has on global carbon cycling. We know that when rivers dry up fish and insects die, and the whole food web of the river collapses. However, we haven’t previously appreciated the significance of all the decomposition that happens when the water comes back. The amount of carbon dioxide released in many cases is huge,” Dr Febria says.

“We should all care about this because carbon dioxide in our atmosphere is the driver of global climate warming.”

“Our research indicates that increasingly drying rivers, along with other land use changes, are contributing to global climate warming. Moreover, climate warming in many places like Canterbury is predicted to increase the frequency and magnitude of drought which could also cause more river drying. That is a really worry because that could form a positive feedback cycle by releasing even more carbon dioxide,” she says.

This is the first piece of research published from this collaborative study involving 94 international partners from 22 countries studying the dry beds of 212 rivers from round the world, including Canterbury. Until recently, drying and intermittent rivers had been largely ignored. This global study is beginning to reveal they really are very important and should not be ignored.

Such extensive global research efforts have traditionally been rare. That a very large group of researchers from around the world, led by a group in France, have come together to contribute is really quite significant, Professor McIntosh says.

“I didn’t really expect the magnitude of emissions to be quite so high, so the findings really should force a rethink of how the global carbon models are made so that they include CO2 emissions from intermittent rivers.”

Intermittent rivers, as the name suggests, sometimes stop flowing and can dry completely. Although far less studied than permanent rivers, they could represent half of the world’s river network and, in response to climate change and increasing water demands, may come to dominate the landscape in some regions. With little known about their role in the global carbon cycle, a collaborative study involving 94 international partners was led by IRSTEA.

This research, published today [22 May NZ time] in Nature Geoscience, represents the first global study of the contribution that intermittent rivers make to carbon cycling. Quantification and analyses of the plant litter deposited along the dry beds of 212 rivers distributed across the globe showed high levels of oxygen consumption and carbon dioxide emissions upon short-term simulated rewetting events. Associated drivers including climatic variables, flow regimes and geomorphological variables were also identified. These results highlight the need to incorporate intermittent river ecosystems into further studies exploring the contribution of inland waters to carbon cycling at the global scale.