A little red, fully recyclable eco-car designed and built by University of Canterbury students has won a major international design excellence award in New Zealand’s first entry into the competition. 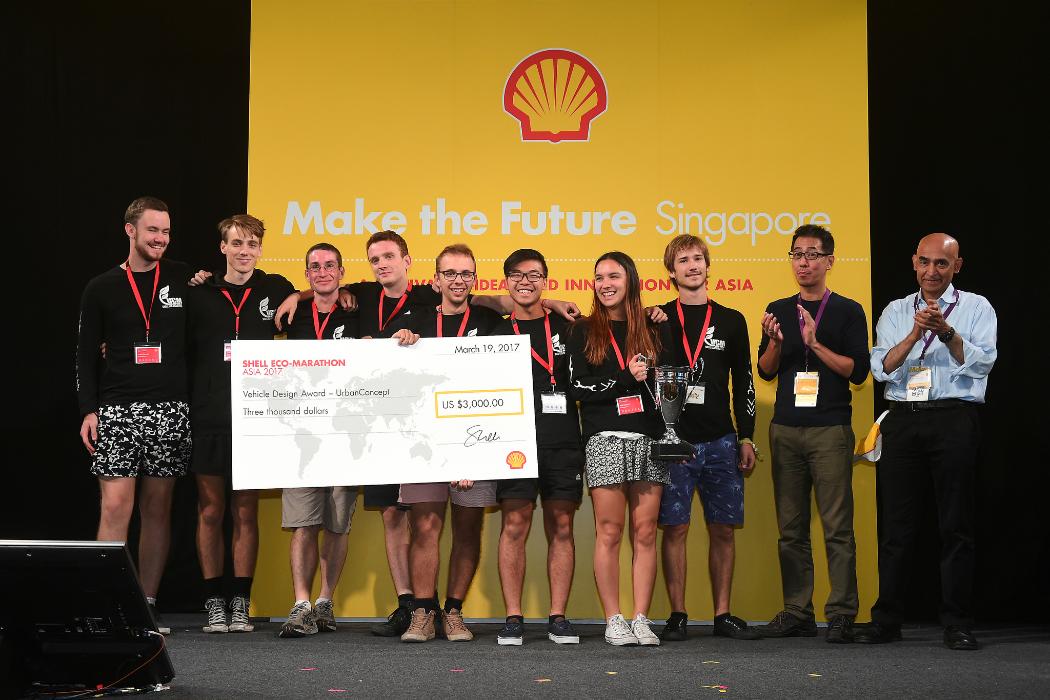 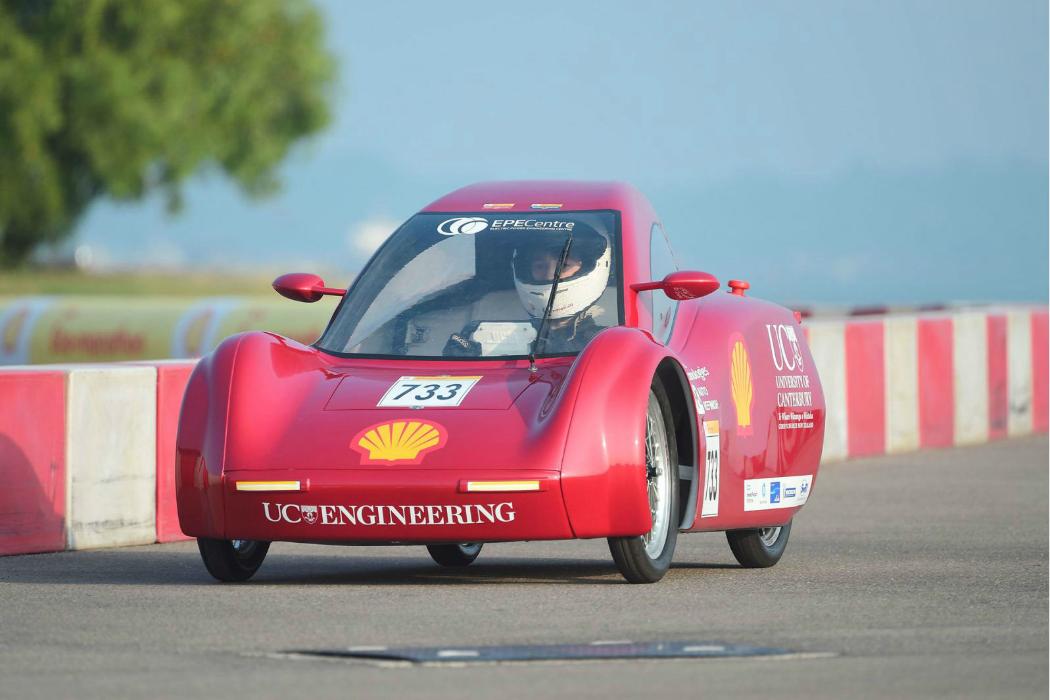 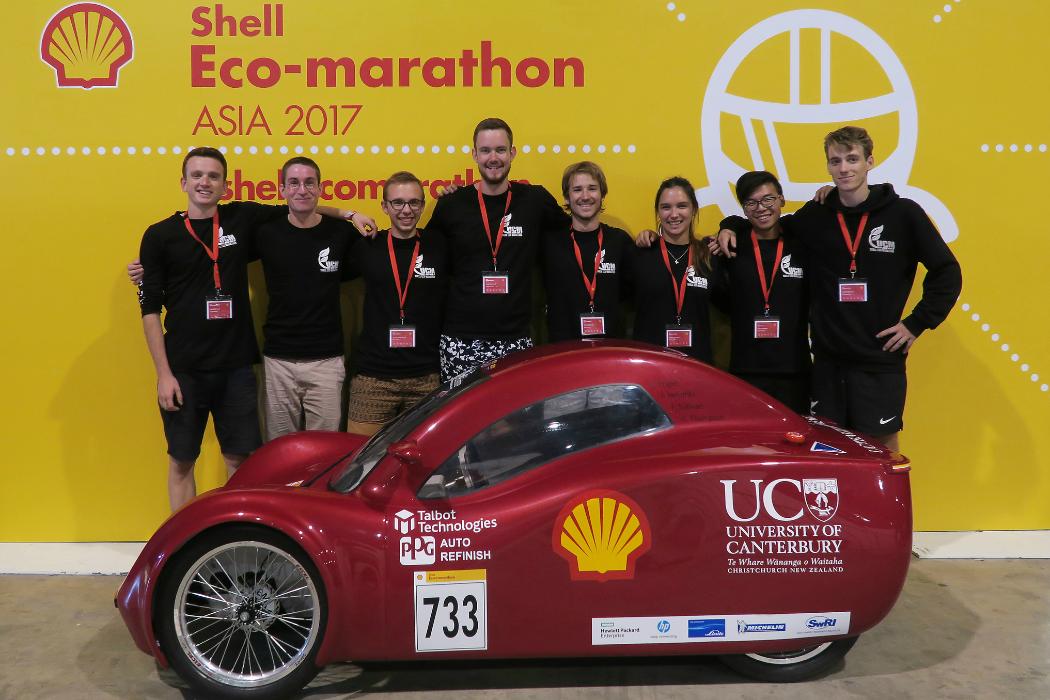 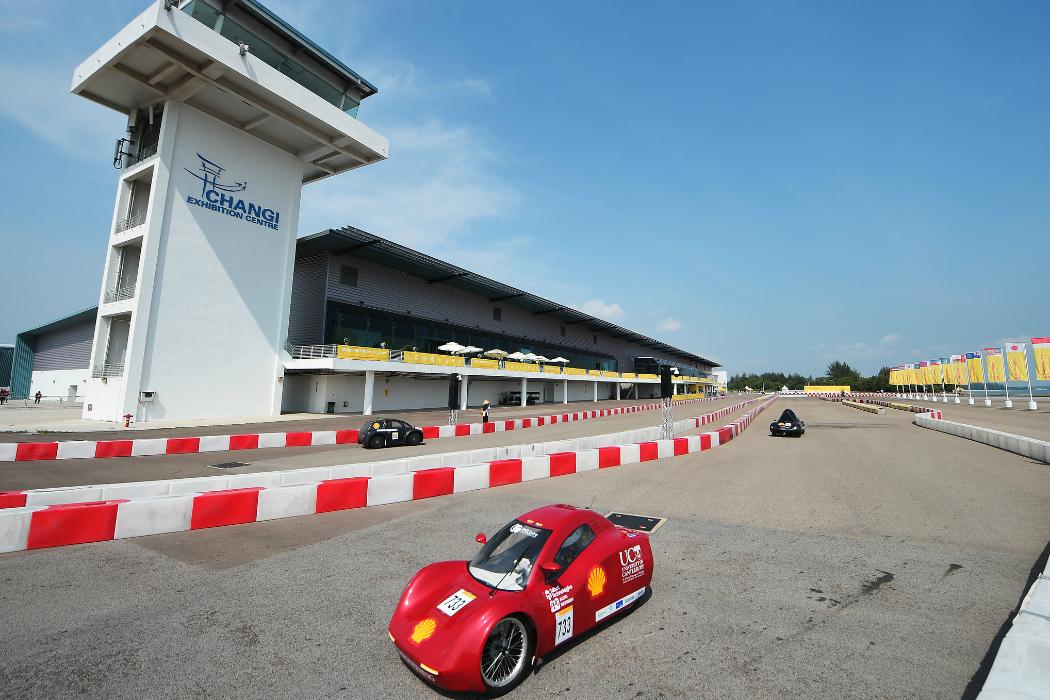 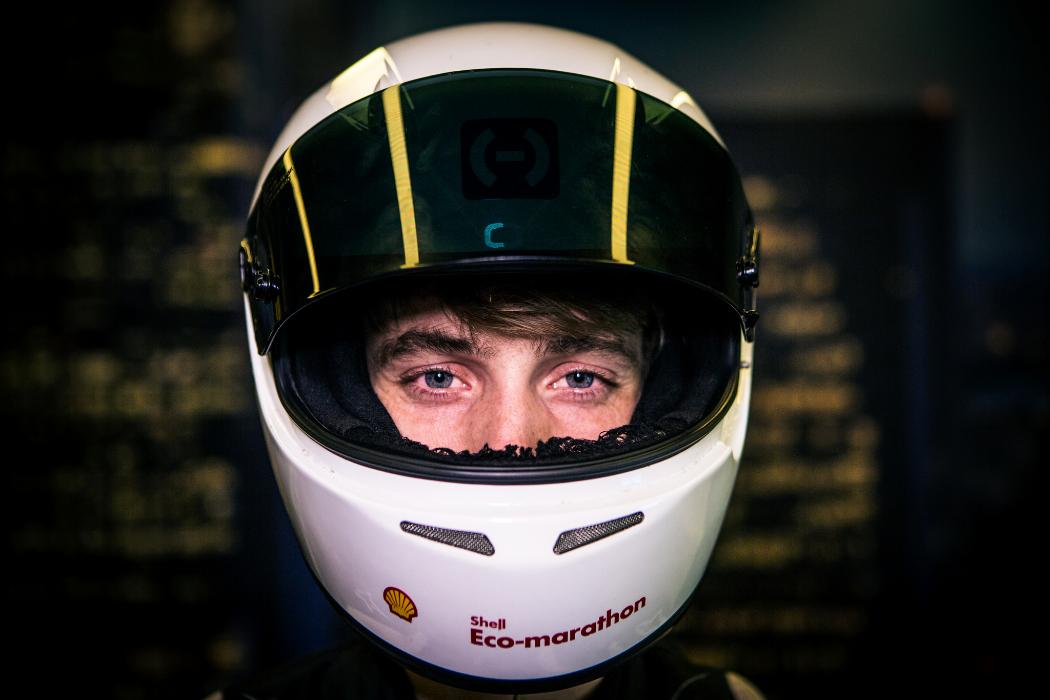 A little red, fully recyclable eco-car designed and built by University of Canterbury students has won a major international design excellence award in New Zealand’s first entry into the competition.

The electric car, designed and built by a team of eight UC Engineering students, was awarded the prestigious Design Award at the Asian leg of the Shell Eco-Marathon in Singapore.

The UC students competed with hundreds of other students to design, build and drive the most energy-efficient car. The primary goal of the competition is not to break speed records or finish first but to build a vehicle that can last the longest on as little fuel as possible.

In a world first, the UC students produced an electric vehicle made entirely from thermoformed plastic sheets, including the chassis and the outer panels.

Judges described its build quality as the best they have ever seen, UC faculty advisor Bruce Robertson says.

“Our team won the Shell Eco-Marathon Design Award, which gives them US$3000 plus a nice big trophy for the cabinet. The judges said it was the easiest decision ever and all the feedback was very satisfying for the whole team.”

“For the Shell Drivers World Championship efficiency race it was a real rollercoaster of a ride,” Robertson says. After the heats the team was in fourth place in a nail-biting competition.

“We were really pleased to qualify for the event, but as the day went on we realised that we were in a stronger position than realised. We were going for the win!”

The little New Zealand eco-car had made it to the final and was looking like a shoo-in for third with a good chance at second place, when disaster struck.

“Our car was just about to pass to take third position when the motor controller exploded,” Robertson says. The Kiwi car was out of the finals.

“Knowing how hard our students worked, and how very close they came to such a huge upset in their first year of entry, it was a painfully crushing disappointment.”

But shortly after this blow, the UC team’s car won the design award.

“The EnduroKiwis team won for producing a car that brought fresh thinking about recyclability to the competition,” according to the judges’ citation.

“By entering a car largely made of a common thermoplastic, the team showed a refreshing and holistic approach to design – it chose a material that was easy to work with, light, low-cost, and easy to re-use.”

The judges also said the UC team’s approach to the competition also transcended the challenge of minimising energy use by focusing on how the materials we consume also have an impact on the environment.

The UC eco-car’s design paid due care to driver safety and comfort, and the car itself was commendably well finished and built to the highest standard seen by the judges, the citation added.

“Ultimately, the EnduroKiwi car was eye-catching enough to make passers-by stop and look, but the way it was built should also prompt observers to stop and think.”

Every year, Shell Eco-marathon sees about 5,000 student participate, applying their skills and getting hands-on training and knowledge in the field of low-carbon mobility.  The competition inspires the engineers of the future to turn their vision of sustainable mobility into reality and sparks passionate conversation about energy efficiency and what could be possible for cars on the road.