In the upcoming Royal Society Te Apārangi and UC Connect public lecture – Protecting taonga – a conservation geneticist and an environmental chemist will talk about their work protecting Aotearoa’s natural treasures. 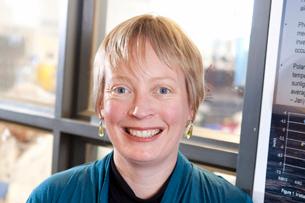 Environmental chemist Associate Professor Sally Gaw will give an overview of her research into protecting freshwater and marine taonga species from contaminants.

Associate Professor Sally Gaw is an environmental chemist in UC’s College of Science. In this free public talk, she will give an overview of the research she and her postgraduate students have been undertaking with the goal of protecting freshwater and marine taonga species from contaminants.

UC scientist and senior lecturer Dr Tammy Steeves is a conservation geneticist who works with a number of lesser known taonga species, and says she is happiest when “being of some use”. In this talk, Dr Steeves will give a snapshot of how she and other members of the Conservation, Systematics and Evolution Research Team (ConSERT) use genetic and genomic data to inform the conservation management of one of the world’s rarest wading birds, the critically endangered kakī/black stilt.

Royal Society Te Apārangi is celebrating its 150th year of discovery with a variety of events. This joint UC Connect public lecture is the first in a national public lecture series focusing on the contributions being made by female researchers that are taking us forward into a better future.