Life and death in a Westland rainforest: Drought-hit mudfish give insight into surviving climate change

University of Canterbury researchers studying Westland mudfish have witnessed a life and death struggle that sheds new light on how species may survive extreme conditions, gaining the attention of the Royal Society of London. 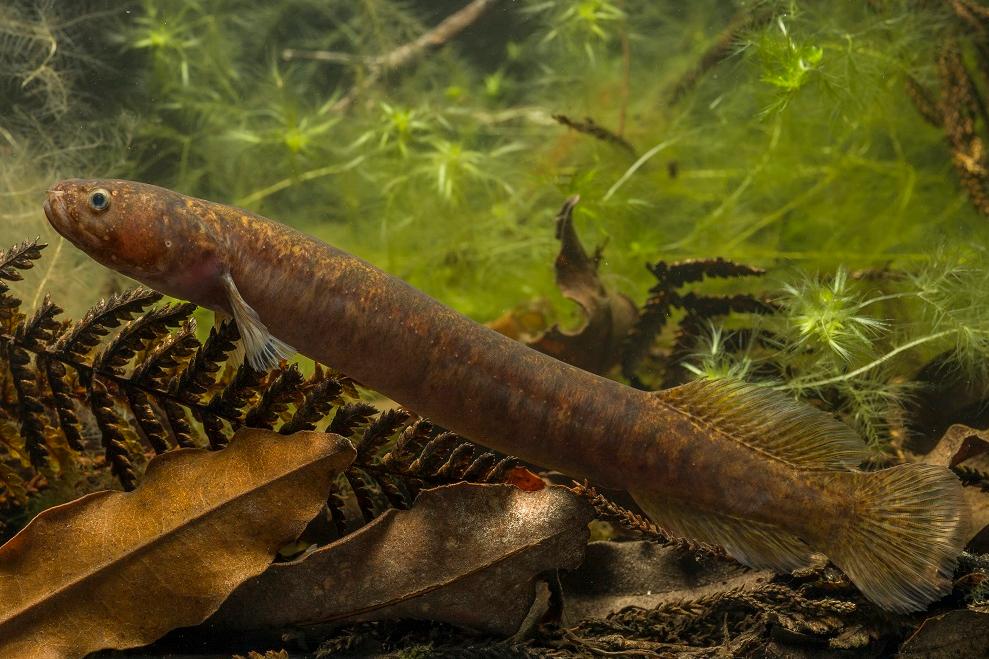 University of Canterbury researchers studying Westland mudfish have witnessed a life and death struggle that sheds new light on how species may survive extreme conditions, gaining the attention of the Royal Society of London.

Researchers at the UC’s School of Biological Sciences have been studying brown mudfish that, remarkably, live in tree ‘tip-up’ pools in South Westland rainforest. The mudfish colonise the water-filled depressions formed when rimu trees topple over.

To do this, the mudfish have developed a significant tolerance to harsh conditions, coping with frequent pool drying, low oxygen levels, high acidity and variable temperatures. The mudfish move through the forest floor, likely at times of high rainfall, to find pools where they are able to escape competition from other fish.

In the middle of the UC research team’s study, the West Coast was hit by a 1-in-25-year drought. From February to March 2013, it didn’t rain for six weeks – extremely rare on the South Island’s rainy West Coast. Because the pools dried out for a long time, a large proportion of the brown mudfish died; more than 80 per cent in some pools.

UC doctoral student Richard White had individually marked mudfish in 48 forest pools so he could follow their movements and record deaths and births very precisely. His study has just been published in the Proceedings of the Royal Society of London.

Freshwater ecosystems expert UC Professor Angus McIntosh, research team leader and co-author of a 2016 paper on the subject – Drought survival is a threshold function of habitat size and population density in a fish metapopulation – says that, most importantly, Dr White’s research showed that larger mudfish populations actually recovered reasonably well after the drought.

“This allowed him to test a longstanding theory relating to the underlying ability of populations to withstand big disturbances, or extreme ‘random’ events, like this sudden West Coast drought.”

With population models, the UC researchers were able to show that, as expected, smaller pools with fewer mudfish were least resilient to drought. However, in contrast to the theory, even the most extreme events were not enough to drive the biggest populations to extinction.

This suggests that large populations may be more resilient to natural disturbances than previously thought, whereas the theory had suggested that even the largest populations would still be vulnerable to extinction given a sufficiently large random disturbance event, Professor McIntosh says.

“While this might sound like good news, there are some important insights from the study for how populations are managed in the face of climate warming, which is expected to see the frequency of extreme events like this drought increase in New Zealand.

“In the case of these mudfish, the biggest populations were living in relatively deep pools in native forest, so things that reduce the quality of that habitat, like logging or drainage, would likely compromise the resilience of the populations.”

It’s not surprising that Canterbury mudfish, living on the other side of the Alps, are critically endangered, Professor McIntosh says.

Brown mudfish are listed as 'At Risk, Declining' under the New Zealand Threat Classification System.