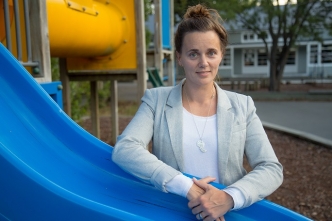 UC psychology graduate Dr Heather Gordon’s new research documents the findings of a pilot study which treated 14 Canterbury children with Attention-Deficit/Hyperactivity Disorder (ADHD) with micronutrients (vitamins and minerals) instead of medication. The study demonstrates the clinical benefit, feasibility and safety of broad-spectrum micronutrients in the treatment of childhood ADHD.

Dr Gordon’s research supervisors were UC psychology professors Neville Blampied and Julia Rucklidge. Dr Rucklidge, Professor of Clinical Psychology, says the trial built on the findings of earlier successful UC research with adults and has led to a larger randomised control trial, which is currently under way.

In the pilot, medication-free children were treated with 36-ingredient micronutrients for eight weeks and then taken off them for four weeks, with the on-off cycle repeating itself over a six-month period.

Gordon says the results were so effective some parents were reluctant to take their children off the micronutrients for the full four weeks.

“When they came off the micronutrients, some children’s symptoms returned within days, which was a good indication of their effectiveness,” she says.

Seventy-nine per cent were identified as “much improved” or “very much improved” at the end of the six-month trial. Benefits occurred across other areas of functioning including emotional symptoms, conduct problems and prosocial behaviours, and the children’s self-reports confirmed the improvements, the research found.

“Significantly, we didn’t have one child drop out of the trial and side effects, if any, were mild and transitory. There were also some improvements in mood, anxiety, irritability and other presenting psychiatric symptoms, which you don’t often get with medications,” Gordon says.

Treatment with micronutrients improved levels of inattention, hyperactivity and impulsivity and benefits were sustained throughout the day. The positive effects of micronutrients were slower to work than those of medications, which can work within 2-3 hours, but the sustained benefits had a positive impact on sleep, Rucklidge explains.

“Medications such as Ritalin affect children’s ability to sleep, so many parents do not medicate in the evenings, which sees a re-emergence of symptoms at night, whereas with the children in the micronutrients study didn’t have this problem,” Rucklidge says.

She stresses that although micronutrients given in doses higher than RDA (recommended daily allowance) are available for purchase in New Zealand, their availability is controlled to ensure that children do not come off medications unsupervised.

Recruitment of Canterbury participants aged 7-12 years of age is now under way for the larger 20-week randomised control trial with one-year follow-up.

“This double-blind trial will have some children on a placebo, which is necessary to prove the efficacy of the treatment,” says Rucklidge, who is supervising the new trial being led by UC PhD student Kathryn Darling.

“They also need to be medication-free, in the Christchurch area, willing to have a blood test and commit to a 20-week trial, so it won’t suit every family dealing with ADHD, but it is an option for those reluctant to place their children on medication.”

Rucklidge says micronutrients do not mask symptoms and children still display some hyperactivity and impulsivity, but they are also less anxious, sleep better, their appetites are not suppressed, and they get on better with their peers.

Anyone interested in learning more about being part of the randomised control trial, can contact Kathryn Darling in the University of Canterbury’s Department of Psychology on 364 2987 ext 7705 or register interest by going to: bit.ly/childadhd.