After being closed for five years, Rutherford's Den has been re-opened at the Arts Centre of Christchurch, the original site of the University of Canterbury until 1974. 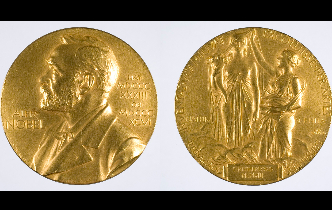 The University of Canterbury is pleased that the research and lecture space of one of its most famous scientists, academics and alumni has opened to the public once more.

After being closed for five years, Rutherford’s Den has been re-opened at the Arts Centre of Christchurch, the original site of the University of Canterbury until 1974 when the University completed the move to its Ilam campus.

Ernest Rutherford was awarded the 1908 Nobel Prize in chemistry for his investigations into the disintegration of the elements, and the chemistry of radioactive substances. It’s thanks to the scientific discoveries made by Rutherford and his peers that television, radio, sonar and telephones were invented.

UC Registrar and alumnus Jeff Field has a long history with Rutherford’s Den, having been a founding member of the Rutherford’s Den Trust that was instrumental in preserving, refurbishing and opening the historic site to the public as a visitor and education centre.

“It is great to have preserved the original 19th century lecture room that Rutherford actually taught in, just above the Den where he did his early research. In the UC archives we even have a copy of the letter he sent to the University asking for permission to use the Den,” Field says.

Among the treasures UC holds in its archives are Rutherford’s large medal collection and the original declaration of students signed by Rutherford on his entry to the University. (On the same page are the signatures of his fellow scientist John Angus (Jack) Erskine, whose bequest established UC’s prestigious Erskine Fellowship, and New Zealand’s first Maori graduate, political leader Sir Apirana Ngata.)

Field recalls the origins of creating Rutherford’s Den as a public educational centre sprang from the growing interest in the legacy of the famous scientist stimulated by a tour of his historic medal collection.

“We staged an exhibition of the 36 medals at the Canterbury Museum and I commissioned the curator Mark Stocker (UC School of Fine Arts) to write a book called Golden Atoms (Canterbury University Press, 1999), which outlined the medallic history of  the collection. It is a very significant collection, not just for honouring Rutherford’s scientific achievements, but also as a unique insight into the history of medals. The Royal Society’s Copley Medal, for example, goes back to 1737,” Field says.

“The exhibition was very popular and we took it to the Suter Gallery in Nelson, at which stage I was approached by the National Science Roadshow Trust which wanted to build a travelling show around the medals. The Rutherford Exhibition toured the country in a semi-trailer for a year and created the awareness of Rutherford which enabled us to set up the Den Trust and get funding to restore and develop the Den and the adjoining lecture theatres.”

While Field was a member of the Rutherford’s Den Trust he commissioned two replica sets of the original medals. One set is on display in the College of Science’s Rutherford building foyer on UC’s Ilam Campus.

The University of Canterbury’s Macmillan Brown Library holds a large collection of original and secondary source material relating to Rutherford, including 26 academic diplomas, scientific papers, a short film and sound recordings, as well as Rutherford's medals.

UC’s connection to its history in central Christchurch will be strengthened when UC Music, UC Classics and the Logie Collection of antiquities are housed in the Old Chemistry building of the Arts Centre on Hereford St. The Logie Collection will be on permanent display in the Teece Museum of Classical Antiquities at UC’s central city site.

Ernest Rutherford was one of New Zealand’s most successful and respected scientists. Born in Nelson in 1871, he was educated at Nelson College for Boys, before attending Canterbury College (now the University of Canterbury). In 1892 he gained a BA in Pure Mathematics and Latin, followed with Master of Arts (with double First Class Honours) in Mathematics, Mathematical Physics, and Physical Science, and a BSc in Chemistry and Geology.

According to Rutherford biographer and retired UC academic Dr John Campbell, Rutherford started research at Canterbury College in 1893 as a requirement of his Master's degree.

“The college didn't have a physics lab so initially he worked in various spaces in the Chemistry department, ‘the old tin shed’, but had nowhere where he could leave his equipment set up. He tried various corridors and then the Great Hall, until it was needed for end-of-year exams. In the early summer of 1893-4 he worked in one of the dens below the tiered seating under the clock tower lecture rooms. It is not known for sure which one. In April of 1894 he and Jack Erskine applied for the den under the west end of the clock tower rooms. There he completed the work on the high frequency magnetisation of iron … Prior to Rutherford, the Den had been used for undergraduates to hang their gowns when they were leaving the college grounds.”

In 1895 Rutherford began studying at the Cavendish Laboratory in Cambridge where he conducted studies into electromagnetic waves, and radioactivity.

Rutherford accepted a professorship at McGill University in 1898, and remained there till 1907 when he transferred to Manchester University. He continued his studies into radioactivity, and applied them to the structure of the atom. In 1904 he was awarded the Rumford Medal, his first major science prize, followed by the Nobel Prize in Chemistry in 1908. After contributing to the war effort by studying means of detecting submarines, he capped his career by becoming the Director of Cambridge University's Cavendish Laboratory in 1919. Rutherford died in 1937, having been knighted and elevated to the Peerage as Ernest, Lord Rutherford of Nelson.

The Rutherford Medal Collection was placed into the University of Canterbury’s care by his widow Lady Rutherford in 1938. The collection consists of 36 medals, insignias and plaques. Included are 34 medals presented to Rutherford in his lifetime, (23 dedicated awards, and 11 commemorative) and a further two medals struck in 1971 to commemorate the centenary of Rutherford’s birth.