Professor Ian Wright will take up the role of University of Canterbury Deputy Vice-Chancellor, Research and Innovation, from 22 August. 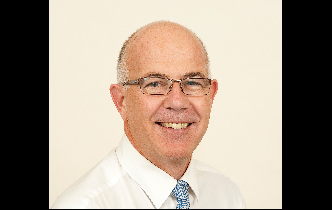 Following an international search and selection process, Professor Ian Wright will take up the role of University of Canterbury Deputy Vice-Chancellor, Research and Innovation, from 22 August.

Professor Wright brings to the University of Canterbury a wealth of knowledge of the research sector within New Zealand and overseas, and established relationships between the tertiary sector and Crown Research Institutes, as well as extensive strategic research and innovation leadership.

Since 2008 Professor Wright worked initially as a Departmental Chair and subsequently as the Director of Science and Technology at the National Oceanography Centre (NOC), co-located with the University of Southampton in the United Kingdom.

At the NOC, which has an internationally recognised research profile, he led a global programme of ocean observing and modelling simulation, biogeochemical and ecosystem research, marine geosciences science, development of robotic and autonomous technology, and in situ sensor development. His prior personal research interests have covered fields of submarine volcanism, sub-seafloor carbon storage, and active seafloor faulting and tectonics.

Professor Wright, who completed his PhD at Victoria University of Wellington, also has significant experience prior to 2008 as a Research Scientist and Research Centre Leader at the National Institute of Water and Atmospheric Research (NIWA).

UC Vice-Chancellor Dr Rod Carr says he is pleased by the appointment of an internationally recognised academic to the University’s senior management team.

“I have every confidence that Professor Wright will continue to build and deliver on our vision for UC’s research reputation, nationally and globally.”

His predecessor in the role, Emeritus Professor Steve Weaver retired mid-year but will continue to chair the University’s Academic Promotions Committee until the end of the year.