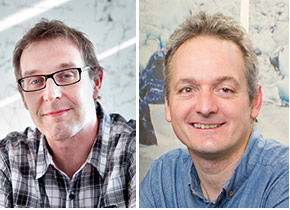 The funding for these Deep South projects is the latest allocation of money for the Challenge, which is one of 11 Ministry of Business, Innovation and Employment-funded initiatives aimed at taking a more strategic and collaborative approach to science investment.

Two of the seven projects funded are led by the University of Canterbury. These are:

Principle Investigator Senior Lecturer Dr Wolfgang Rack, Gateway Antarctica at the University of Canterbury, has been funded $299,000 for his year-long project.

This project will develop and test the use of Unmanned Aerial Systems (UAS), or drones, to complement and validate satellite observations of the least understood processes regarding clouds and snow in the least accessible region of the world. The challenging polar environment still restricts our ability to effectively measure distributions of aerosols and sea ice thickness.  Improved observational systems designed to operate in the Southern Ocean are therefore essential for enhancing our knowledge of the processes underlying climate change.

This application of new smart technologies will provide an exciting new development in the data collection of cloud related processes in the Southern Ocean. This will enhance greater understanding of cloud formation to enable more realistic simulations of regional and global climate scenarios.

Once developed, the systems will be used in further Deep South Challenge research for data collection and validation of satellite observations. They will be easily deployable by field parties from sea ice or from ships, thereby increasing the observational capacity of the Deep South programmes.  This project works toward the overarching Deep South mission to develop an international standard Earth Systems Model that adequately reflects the unique dynamics of the Southern Ocean and informs the decision making of New Zealanders in a changing climate.

Principal Investigator Associate Professor Adrian McDonald, Physics and Astronomy at the University of Canterbury, has been awarded funding of $149,841 for this year-long project.

The Earth’s radiation budget is critically controlled by clouds. Their simulation is therefore a key aspect of climate model performance. Current models substantially underestimate cloud cover in the Southern-Ocean region, which causes warm biases in sea surface temperatures, underestimated sea ice cover, and a misplacement of the mid-latitude storm track.

The aim is to ensure that the New Zealand Earth Systems Model (NZESM) is not to be subject to these biases. Modelling clouds and their influence is a significant challenge as most cloud processes happen at scales far smaller than can be simulated in these models, often relying on case studies or simple averages which can be unrepresentative. Moreover, an interplay with tiny suspended particles (aerosols) can cause substantial differences in cloud microphysics between regions characterised by different aerosol regimes, such as Northern Hemisphere industrialised regions and the Southern Ocean.

This project will expand on two existing Deep South projects focusing on the evaluation and improvement of the NZESM with specific reference to clouds in the Southern Ocean. It will use a novel yet complementary methodology for the evaluation of clouds within the NZESM. In particular, the project will use output from a satellite simulator coupled to the NZESM, and will apply data mining techniques to that output, to compare to satellite  measurements of different cloud regimes.  The statistics derived will be used to identify the relative contribution of different cloud types at work in the Southern Ocean region; this will help improve their representation in the NZESM. Development of expertise in data mining and the comparison of model data to ground-based and satellite measurements will also enhance NZESM evaluation efforts in both the existing projects.