University of Canterbury graduates will receive their Fulbright certificates at an awards ceremony at Parliament tonight. 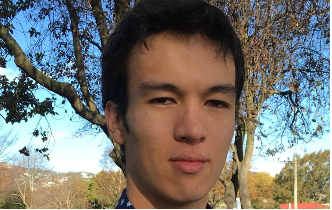 Fulbright Award winner BE (Hons) graduate Ethan Thomson will research ground motion simulation at Stanford University, as part of his PhD in Earthquake Engineering at the University of Canterbury.

University of Canterbury graduates will receive their Fulbright certificates at an awards ceremony at Parliament tonight.

These awards are for promising New Zealand graduate students to undertake postgraduate study or research at US institutions in fields targeted to support growth and innovation in New Zealand. Ten awards were granted this year, in partnership with the Science and Innovation group of the Ministry of Business, Innovation & Employment.

These awards are for promising US graduate students to undertake postgraduate study or research at New Zealand institutions in any field. Eight awards were granted this year.