A University of Canterbury academic has jointly won the emerging innovator award at the 2016 KiwiNet Awards that showcase the clever science driving business innovation. 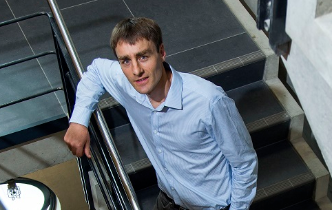 A University of Canterbury academic has jointly won the emerging innovator award at the 2016 KiwiNet Awards that showcase the clever science driving business innovation in New Zealand.

Winners were announced at a reception in Auckland last night.

Dr Holland was one of three finalists in the Emerging Innovator category, which recognises an upcoming entrepreneurial researcher who is making outstanding contributions to business innovation or is creating innovative businesses in New Zealand through technology licencing, start-up creation or by providing expertise to support business innovation.

Measurement techniques he developed for Oil and Gas Measurement in the United Kingdom led to the production of a new sampling product to measure the water distribution in flows of oil and water. Since returning to New Zealand in 2015, he has actively pursued opportunities to drive business innovation within New Zealand companies, building on his overseas success.

He has recently established a new programme of research with Magritek, a developer of cryogen-free, compact Nuclear Magnetic Resonance (NMR) and Magnetic Resonance Imaging (MRI) systems that work on the benchtop. He is also working with Eko360, a company specialising in innovative environmental products for growing plants, and seeks to use a mathematical model and novel measurements to rapidly prototype controlled release fertilisers. Cost-effective controlled release fertilisers have the potential to improve nutrient use efficiency especially with nitrogen fertilisers. The outcome being greater agricultural productivity while reducing leaching from the dairy and forestry sectors in New Zealand and internationally.