UC criminologist Professor Greg Newbold looks at rape awareness campaigns of the 1970s and 1980s and at the impact these had on rape consciousness and rape law in New Zealand. 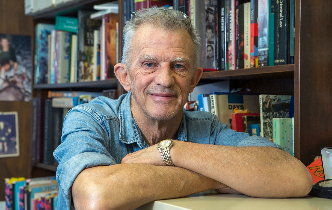 In an upcoming UC Connect public lecture, University of Canterbury criminologist Professor Greg Newbold looks at rape awareness campaigns of the 1970s and 1980s and at the impact these campaigns have had on rape consciousness and rape law in New Zealand.

In an upcoming UC Connect public lecture, University of Canterbury criminologist Professor Greg Newbold looks at rape awareness campaigns of the 1970s and 1980s and at the impact these campaigns have had on rape consciousness and rape law in New Zealand.

Prof Newbold will discuss the advent of feminism’s ‘second wave,’ which began in the United States in the 1960s and soon spread to New Zealand, and resulted in revolutionary changes in the place of women in Western society. Early feminists focused on many issues: equal pay, equal employment opportunities, domestic violence and child sexual abuse among them. One of the most vigorous campaigns concerned the problem of rape.

Before 1970 rapes were seldom reported in New Zealand, convictions were difficult to obtain and sentences were relatively short. A series of commonly-voiced rape myths held, among other things, that women made up stories about rape to get attention or to avoid criticism for ‘loose behaviour’, that women ‘asked’ to be raped by behaving a certain way, that women enjoyed being raped, and that it was impossible to have sex with a woman who didn’t want it. Such views were often publicly expressed, even by the judiciary.

The feminist movement campaigned against these and other myths with an energy and passion that was too strident to ignore. The result was dramatic, sparking changes in public attitudes toward rape, the conduct of rape trials, and the punishment of rapists by the courts. The annual number of reported rapes rocketed, increasing by 600% between 1964 and 2014. Average sentences for rape today are higher than for any crime except murder and more than a quarter of all prisoners are doing time for a sexual offence.

The lecture topic is included in his new book, Crime, Law and Justice in New Zealand (NY: Routledge 2016), which is the first comprehensive overview of crime trends in New Zealand.

Prof Newbold’s book examines changes in New Zealand crime and crime rates since the 1950s and explains the changes in terms of social, political and law enforcement trends. Factors such as the rises in juvenile delinquency, the advent of gangs in the 1950s, the impact of the protest era and the commencement of the illegal drug problem, the feminist movement, and the rises in organised crime, are considered. The new book will be used as a key text for the Bachelor of Criminal Justice degree at the University of Canterbury.

Greg Newbold is a professor in sociology at the University of Canterbury where he has been teaching for the past 28 years. Considered one of New Zealand’s leading criminologists, Prof Newbold has published more than 90 articles and book chapters, as well as eight books on crime, criminal justice and law enforcement in New Zealand, including his most recent, Crime, Law and Criminal Justice in New Zealand.

Register to attend at: www.canterbury.ac.nz/ucconnect