The University of Canterbury's six-monthly result to the end of June shows continued steady financial performance. 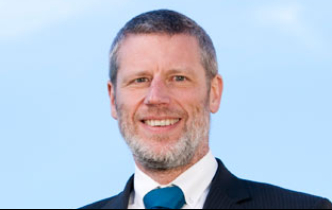 Against a background of continuous construction activity, the University of Canterbury is working on a growth strategy, Vice-Chancellor Dr Rod Carr says.

The University of Canterbury’s six-monthly result to the end of June shows continued steady financial performance as the University overcomes its post-earthquake challenges, invests in new and exciting facilities, and engages in the competitive commercial environment of student recruitment from home and abroad.

Against a background of continuous construction activity, the University of Canterbury (UC) is working on a growth strategy, UC Vice-Chancellor Dr Rod Carr says.

“Students and staff alike continue to meet this testing environment with great professionalism and resilience, participating in an innovative and inspirational learning environment, with relevant research excellence remaining a key priority for academic staff.”

“The strategy is not simply about property reconstruction or growth in student numbers, but the development of a graduate profile that offers its students high quality qualifications that celebrate participation in New Zealand’s bicultural environment, prepares graduates for employment, fosters community engagement, and develops global awareness,” Dr Carr says.

In the unaudited financial results, the University’s $10.1 million surplus represents the result of operations to 30 June 2016, which is not representative of the full year where the full cycle of earnings is annual. The majority of earnings are made in the first half of the financial year.  The current forecast for the 31 December 2016 Annual Report is for a deficit of $9.4 million, compared with a 31 December 2016 budgeted deficit of $13.7 million.

By the year end, UC is projecting to have increased its Equivalent Full Time Student (EFTS) numbers over 2015 in both domestic and full-fee paying “new to UC” students, and in student numbers overall.

The University continues to work hard to develop pathways into UC for domestic and international students alike, Dr Carr says.

By the end of 2016, UC is projecting to have increased its full-fee paying EFTS to within reach of its 2010 levels, and to show an overall increase in total EFTS, the first time since 2010.