Several University of Canterbury alumni and Friends of the University have been recognised in the Queen's Birthday Honours List, announced on 6 June. 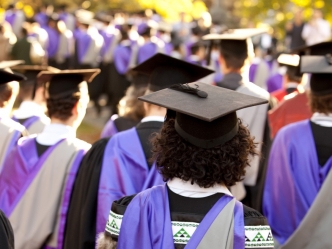 University of Canterbury alumni have been recognised in the Queen's Birthday Honours List.

Several University of Canterbury alumni and Friends of the University have been recognised in the Queen’s Birthday Honours List, announced on Monday, 6 June.

Alumna Jacqueline Duncan, was made a Member of the New Zealand Order of Merit (MNZM) for services to education. Mrs Duncan has spent 44 years in teaching and has been a principal for 29 years. Mrs Duncan has worked in Special, Secondary and Tertiary Education and was the principal of Cashmere Primary School for 15 years, leading the school through the disruption at the time of the Christchurch earthquakes.

UC alumna Adrienne von Tunzelmann was made a Companion of the Queen’s Service Order (QSO) for services to governance and the community.

Several Friends of the University of Canterbury have also been recognised in the Queen’s 90th Birthday Honours, including Dr Haruhisa Handa of Japan, who was made an Honorary Member of the New Zealand Order of Merit for services to golf and philanthropy.

Dr Handa began providing support for the New Zealand Women’s Open in Christchurch following the February 2011 earthquake, seeing the continuation of the event as something positive to focus on during the rebuild. He has unconditionally invested nearly $1 million and has annually donated the gate proceeds to University of Canterbury to benefit the Handa Fellowship for International Studies. He also donated to the New Zealand Olympic Committee to encourage competitive sport at all levels. He established the International Sports Promotion Society in 2006 to provide profile and support while developing a free coaching programme for blind and disabled golfers.

Norm Dewes was awarded an MNZM for services to Māori and the community. Mr Dewes has advocated for the underprivileged and disadvantaged in Christchurch for a number of years and has represented Māori on numerous boards, panels and councils at both local and national levels.