The independent international rankings agency QS has again placed the University of Canterbury amongst the world's most elite institutions. 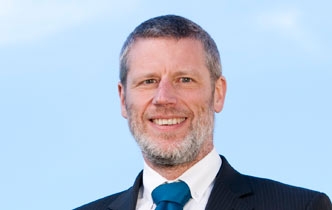 UC Vice-Chancellor Dr Rod Carr says of the QS rankings, "UC's reputation has been reflected in this year's increase of new-to-UC students, both locally and internationally, and has also seen us gain a record number of post-graduate students."

After processing submissions from 4,226 universities, the independent international rankings agency QS has again placed the University of Canterbury amongst the world's most elite institutions.

In this year’s QS World University Rankings by Subject, UC is ranked amongst the world's top institutions in 25 of the subjects featured.

Twenty-five per cent of the subjects taught at UC and ranked by QS increased their ranking from the previous year. UC Civil Engineering remains among the top 50 in the world and the highest ranked discipline at UC.

QS Rankings assess university reputation among academics and employers, faculty to student ratio, research citations per faculty, and the proportion of international staff and students enrolled.

In the QS World University Rankings, UC is ranked 211 in the world.

Vice-Chancellor Dr Rod Carr said he was pleased that the result confirmed UC’s position up amongst the world’s top universities.

"UC’s reputation has been reflected in this year’s increase of new-to-UC students, both locally and internationally, and has also seen us gain a record number of post-graduate students. These rankings confirm local students don’t have to leave to access world-class quality research-informed teaching and learning. It’s all right here – accessible, affordable and of the highest quality,” Dr Carr says.

“Cantabrians can be proud to have a world-class university on their doorstep that continues to deliver a superlative education while creating even more state-of-the-art facilities through our $1.2 billion capital works programme.”