New research reveals that rugby in New Zealand secondary schools has no clear educative or social intention, focusing on building technical skills rather than character. 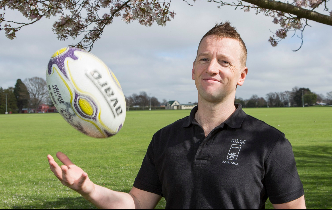 New research from the University of Canterbury reveals that rugby in New Zealand secondary schools has no clear educative or social intention, focusing on building technical skills rather than developing character, social skills or resilience.

Interviews with secondary-school-level rugby coaches has revealed that the long-established objective of using rugby as a vehicle for character development was not at the forefront of the New Zealand coaches’ minds, according to Dr Bennett.

“With New Zealand coaches, their focus appeared to be placed on skill development and discipline with no overt mention of the types of social and cultural learning that, historically, has been used to justify rugby as a sport offered in secondary schools,” he says.

“In contrast, the Japanese coaches suggested that character development, tenacity, and a range of social benefits were the primary focus of their coaching approaches.”

Dr Bennet says his research poses the question: what is rugby’s relevance in secondary school/schoolboy development, if it does not target a learning outcomes beyond a physical level?

“The potential for participation in such sports could offer more social and cultural development of New Zealand’s young males,” Dr Bennett says.

“For instance, learning could focus more on leadership, cultural awareness, social interaction, coping skills under pressure and in the face of defeat, and so on. However, without explicit mention of these potential learning outcomes, the literature strongly suggests that such learning will not be naturally transferred to players. Instead, the notion of sport participation becomes limited to technical ability.”

Dr Bennett, guided by Professor Ian Culpan and Associate Professor Jeanne Kentel, of UC’s College of Education, Health and Human Development, recently earned his PhD at the University of Canterbury with this research.

With consideration to the high profile of rugby in New Zealand, and the growing esteem and status of rugby in Japan, Bennett says that it was also important to investigate the historical and sociocultural (social) influences acting on rugby coaches in secondary school coaches and players.

“I was keen to uncover the types of learning that rugby coaches of this age level intended that their athletes will gain from the rugby experience.”

Dr Bennett speaks, reads and writes in Japanese and conducted all the interviews in Japan and New Zealand himself.

Japanese coaches emphasised what they termed “seishin” – an ideology that stresses holistic education and the cultivation of the mind through harsh physical practices – as a principal philosophy underpinning their coaching approaches. In an extracurricular setting that often requires players to attend training up to six or seven days per week, it was suggested that this seishin ideology was a way in which to encourage a vigorousness, positive attitudes towards hard work, and overall vitality in the young men in their squad. They suggested that, ultimately, the rugby experience at secondary school age would fulfil the objective of ningen keisei - or character development - that would in turn lead to socially balanced and tenacious young men, ready to contribute to society.

Conversely, the New Zealand data revealed a strong focus on developing correct technique and skills. To this end, many coaches attempted to maintain control of their sessions, and few were willing to break away from traditional coaching approaches to allow more player empowerment. This is significant as many initiatives in the field of sport coaching and rugby in New Zealand have emphasised athlete-centred approaches that aim to empower players to make their own decisions about their training and learning. Coaches interviewed in New Zealand spoke much less frequently about development beyond the physical or technical domain, and instead, communicated their intentions as a coach to develop technical proficiency for the purpose of safety and strategic ability.